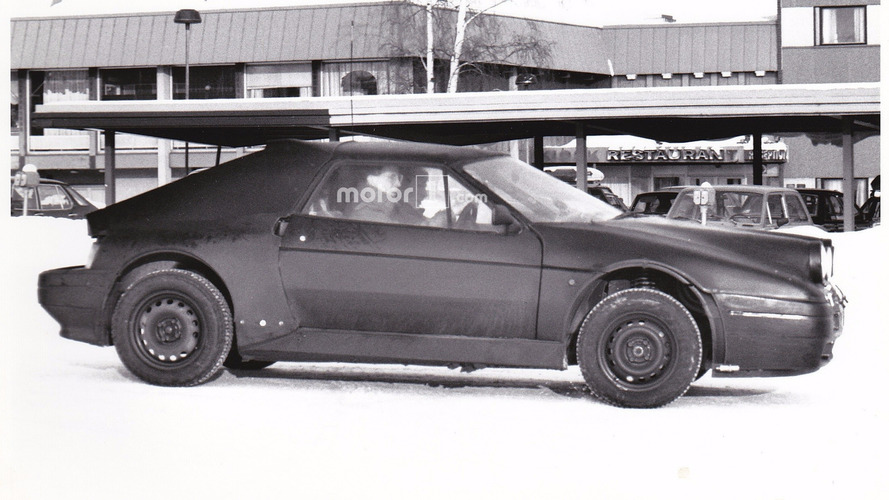 This week’s spy photo trivia takes us back to the late 1980s when this oddly shaped prototype was captured by the spy camera during cold weather testing. The production car introduced towards the end of 1989 represented at that time the automaker’s biggest investment made in a new model. Getting everything ready for the production start required setting up new buildings, retooling, and buying additional equipment.

The car brought back to life an iconic moniker used for the first time in the 1960s as a way to highlight the marque was going back to its roots by staying true to the vision of its founder. At the same time, it managed to stand out by adopting a front-wheel-drive layout. As a matter of fact, it’s the only FWD model ever made by the brand.

The engine was jointly developed with another company from a different continent. More than that, responsible for assembling the compact and light engine as well as the gearbox was the same partner.

Production came to an end in the mid-1990s, but the model actually lived on until 1999 after Kia Motech bought the rights to make the car in South Korea for the local market. It looked almost the same as the original version, although it eschewed the standard taillights (which were actually sourced from the Renault Alpine GTA) for a new design. In addition, the aforementioned engine was replaced by a slightly bigger, yet less powerful unit.

There were plans to revive the nameplate several years ago, with the company actually showing a very promising concept back in 2010 at the Paris Motor Show where it had four other attractive new concepts on display. Unfortunately, it never happened.

Can you guess what it is? Come back tomorrow morning (GMT) to find out the answer.