Next Mercedes-AMG A45 Confirmed With More Than 400 HP 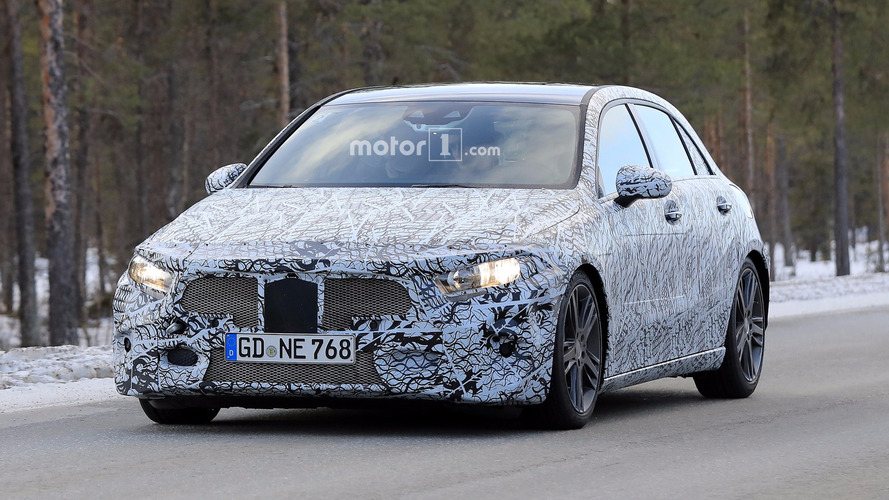 The company might use an electric compressor to boost output from the 2.0-liter turbocharged four-cylinder.

While regulations are forcing automakers to clean up their products’ emissions, the horsepower wars still appear far from over. Mercedes-AMG boss Tobias Moers now confirms to Car Advice that the next-generation of its A-Class hot hatch (and presumably the matching version of the CLA-Class sedan) is under development with at least 402 horsepower (300 kilowatts) in mind.

“We don’t want to give a tip or an advantage to our competitors, but we do need to be over 300 kW – that’s the new standard,” Moers told Car Advice. He also indicated that the company is at least considering whether to put an electric compressor on the engine. The company has already confirmed plans to use one on its 3.0-liter inline six. “Yes an electric turbine is something we have a close link to, but maybe not in that first version,” Moers said.

Rumors of a next-gen A45 with over 400 hp date back a couple years. At the time, Moers promised the future model as the most powerful model in its segment upon release. About a year later, more alleged details leaked out. Mercedes-AMG would allegedly fit a dual-clutch nine-speed gearbox. The powertrain combo would reportedly allow the hyper hatch to reach 62 miles per hour (100 kilometers per hour) in less than four seconds.

These specs put the Audi RS3 has the next A45’s major rival. The model from the Four Rings has 400 hp and 354 pound-feet (480 Newton-meters) of torque from a 2.5-liter turbocharged inline-five-cylinder engine. It gets to 60 mph (97 kph) in less than four seconds, too.

Spy shots indicate the next-gen A-Class grows larger, which should allow for a more spacious cabin. The chassis should be lighter, too. The photos show a bevy of sensors on the outside, and top trims should boast a high-tech interior, too. Amenities like a digital instrument panel aren’t out of the question.