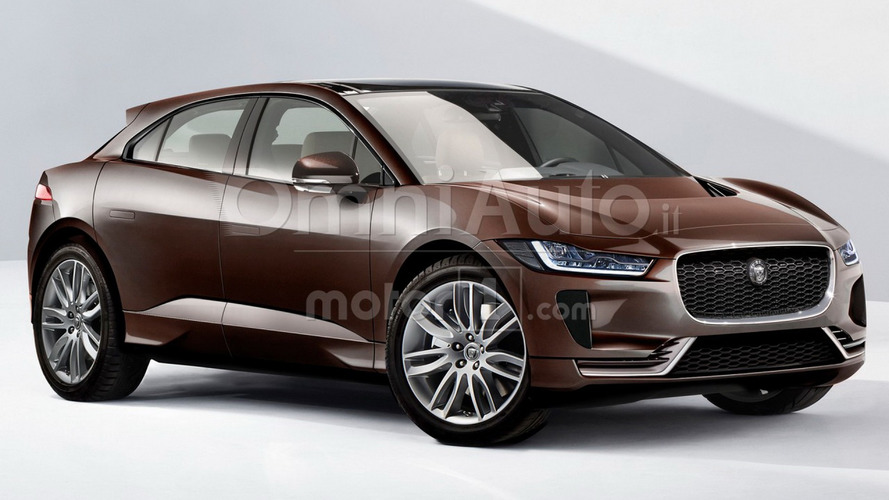 The real deal will debut in just a few months.

While some concepts are just too outlandish to ever morph into production cars (see the Qoros Model K-EV), Jaguar decided to keep its I-Pace closer to reality for its debut at the 2016 Los Angeles Auto Show. That’s why attempting to see into the future of the road-going model shouldn’t be that hard as the concept’s design was already feasible for a production car. Jag’s Design Chief, Ian Callum, even said the vehicle from L.A. had approximately 80 percent of the final look.

Recent spy shots have shown the road-going model will indeed echo the design of the showcar from the City of Angels, so this digital design exercise coming from our Italian colleagues at OmniAuto was an easy task to accomplish.

Jaguar will host the world premiere of the Tesla Model X-fighting I-Pace at the 2017 Frankfurt Motor Show in September, but we might see it on the World Wide Web a few weeks sooner.

The brand’s very first EV, the I-Pace is going to pack a large 90-kWh battery with enough juice to last for more than 310 miles (500 kilometers) between charges as per the New European Driving Cycle (NEDC) or 220 miles (354 km) in the more realistic EPA tests. Recharging the batteries to an 80-percent level will take only 90 minutes via 50-kW DC charging.

Power will be provided by a pair of electric motors, one driving the front axle and the other sending its output to the rear wheels to enable an AWD setup with 400 hp (300 kW) and 516 pound-feet (700 Newton-meters) of torque.

Described by Callum as being perhaps the “most important” Jaguar model since the launch of the iconic E-Type, the new I-Pace will have the performance to match its sleek body. Getting from 0 to 60 mph (96 kph) is going to take approximately four seconds, so it will be only a tenth of a second slower in the sprint than the F-Type R, a full-blown sports coupe.

Sales of the I-Pace are expected to commence early 2018 once production at Magna Steyr’s Austrian plant will begin. As far as pricing is concerned, reports are indicating it will cost 10 to 15 percent more than an equivalent F-Pace. With the 380-hp F-Pace S beginning from $60,000 in the United States, the I-Pace could start from just under $70,000.