Volkswagen: Our EVs Will Be Priced Similar To Regular Models 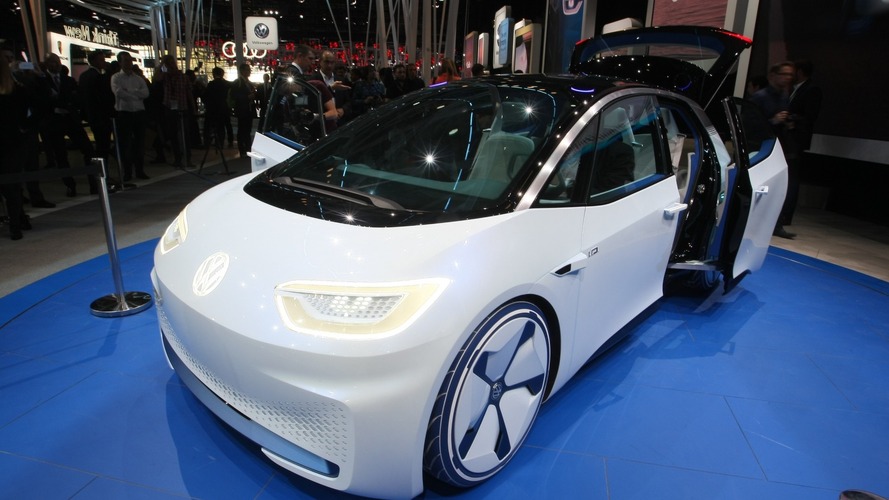 If you want people to forget about dieselgate, this is a good way to make it happen.

Auto Shanghai has been a veritable hub of activity for electric vehicles, and now Volkswagen is upping the ante for manufacturers around the world with a bold position on electric vehicles. Speaking to reporters this week in Shanghai, Volkswagen's electric car project boss Christian Senger said the company looks to keep electric vehicle prices in line with its fossil-fuel offerings. Considering EV variants from other manufacturers generally cost quite a bit more, that’s quite a promise to keep.

The move is clearly a shot across the bow of Tesla, which sold out its first-year run of the forthcoming Model 3 before production even began. With an estimated range thought to exceed 240 miles and a starting price of $35,000, the Model 3 is the car many people believe will take EVs mainstream. Volkswagen has some catching up to do in the production EV world, but the manufacturer has been touting various electric concepts with the I.D. moniker while dropping hints of something big coming later this year at the Frankfurt Motor Show.

There’s also the fact that Volkswagen’s heavy investment into clean diesel cars took a massive uppercut after the whole dieselgate fiasco. Whereas people once saw the manufacturer’s line of TDI vehicles as an efficient, clean, inexpensive alternative to electric power, even devoted diesel fans are now uncertain of the fuel’s future. In any case, Volkswagen executives would love nothing more than to distance themselves from the scandal. Promising vehicles with electric power priced in the ballpark of internal combustion is a heck of a good way to make that happen.

Can Volkswagen deliver on that promise? We’ll just have to wait and see.