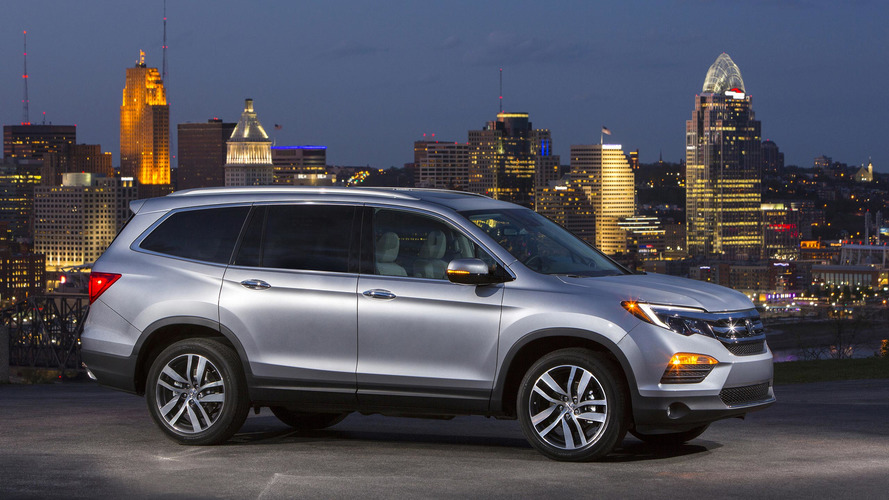 This would be a larger, more powerful alternative to the CR-V.

Crossovers continue to be a fiery hot segment, and automakers continue looking for niches that might give them an edge. According to a rumor from Ward’s Auto, Honda will build a short-wheelbase version of the Pilot next year that will slot between the standard model and the CR-V.

The shorter wheelbase Pilot would remove a row of seats inside, reducing passenger capacity to five people. The existing model can sit eight people across three rows in all but the top Elite trim that fits seven.

According to Ward’s Auto, Honda would start short-wheelbase Pilot production at its Alabama factory in September 2018. This points to a likely debut next fall or early winter.

The company’s thinking allegedly goes that a short-wheelbase Pilot would cost less than the current model’s $31,535 base price (after $940 destination). Presumably, the new variant would be more than the CR-V’s entry-level cost of $24,985. This strategy would cater to buyers who want more room than in a midsize CUV but don’t need three rows of seats.

Honda would likely only shorten this variant of the Pilot’s wheelbase and leave the powertrain the same. If that’s the case, the model would have a 3.5-liter V6 with 280 horsepower (208 kilowatts) and 262 pound-feet (355 Newton-meters) of torque. Depending on the trim level a six- or nine-speed automatic would send the output to the front or through a torque-vectoring all-wheel-drive system. The power difference could be a selling point over the CR-V that has a 1.5-liter turbocharged four-cylinder with 190 hp (142 kW) and 179 lb-ft (243 Nm) of torque.

Through March 2017, the CR-V is Honda’s bestselling CUV in the United States at 94,057 deliveries – a 32.1-percent improvement over the same period last year. Meanwhile, the Pilot’s volume is down 12.2 percent at 25,224 vehicles. A short-wheelbase variant might provide a closer sales balance between the two models.