McLaren 570S Spider Will Drop Its Top This Year 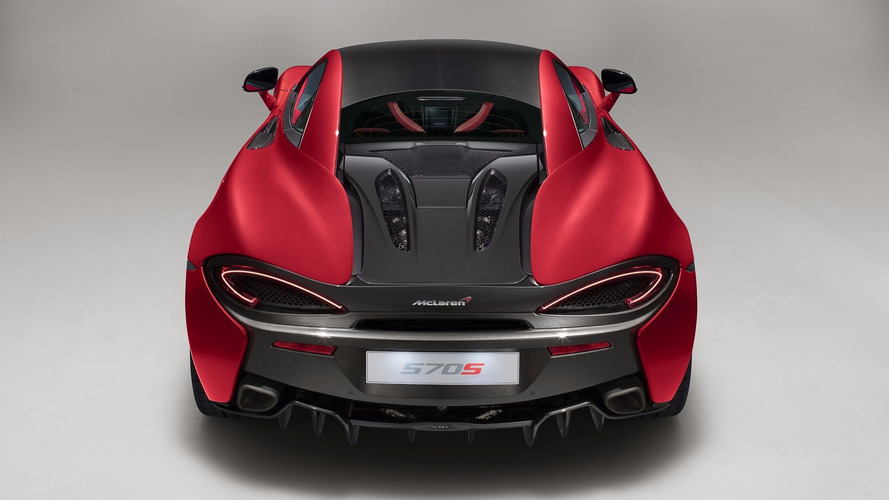 If its like other convertible McLarens, the new model's performance shouldn't suffer in comparison to the coupe.

McLaren will expand its Sport Series range later this year by launching a convertible version of the 570S (coupe pictured above). The upcoming variant would follow in the footsteps of the Spider versions of the 650S and 675LT by using a folding hardtop, according to Autocar.

The 570S Spider will have the same biturbo 3.8-liter V8 engine has its fixed-roof counterpart. However, performance shouldn’t change much because fitting the folding roof to the 650S Spider only adds 88 pounds (40 kilograms) and doesn’t affect its the run to 62 miles per hour (100 kilometers per hour).

Pricing and a release date for the 570S Spider aren’t yet clear. However, if McLaren wants to have the model out this year, then expect a reveal while the weather is warm, so that the company can lure a few extra sunshine-loving customers. The variant’s cost would come at a premium over the standard 570S, too.

McLaren’s entry-level 540C won’t get the same topless treatment, though. The company figures that by the time someone options one, the price would be close to a 570S. It just doesn’t make economic sense to offer variants of the base model.

McLaren is currently keeping quite busy now that production of the 720S is underway, and an even higher performance 720LT is already under development. Given the automaker’s past products, it seems safe to expect a Spider variant to join that model range eventually, too.

The company can build so many supercars thanks to its new Composites Technology Center for building scalable carbon-fiber monocoques. The site is still getting running but should be pumping out tubs by 2020.

The firm is also developing its latest hypercar under the codename BP23. The entire production run of 106 vehicles reportedly already is spoken for. Details about the three-seater are still vague, but it’s allegedly McLaren’s most aerodynamic road-going model ever.