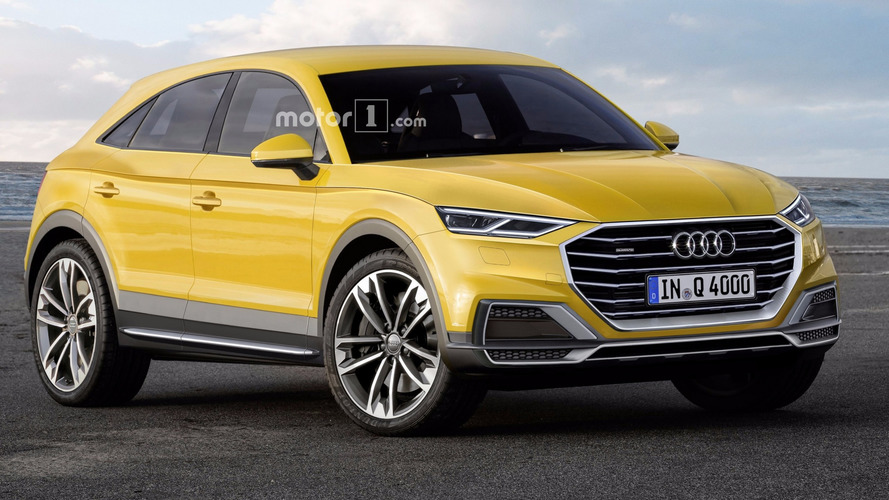 Audi will contribute to the proliferation of crossovers coupes with the first-ever Q4.

Coming to an Audi dealership near you in 2019, the Q4 will be Ingolstadt’s proposal for a crossover coupe based on the next-generation Q3. The new entry in Audi’s continuously growing portfolio is going to be assembled in Hungary at the Győr plant where it will share the assembly line with the regular version speculatively rendered below:

The recipe for crossover coupes is as simple as it is controversial: take the “regular” crossover and alter its roofline by making it more inclined towards the rear to create the sensation of a coupe side profile. Some are willing to pay the premium that comes with this transformation, hence the increased popularity of the segment despite the fact these crossovers are less practical. People buy them to stand out and don’t really care about the decreased rear headroom and the fact the trunk is not as spacious as it is on the standard model upon which the “coupe-ified” version is based.

In regards to the oily bits, both the Q3 and Q4 will ride on Volkswagen Group’s MQB platform and will come as standard with front-wheel drive, with the option of Quattro for the more expensive versions. A wide array of three- and four-cylinder engines will be available — and all of them are going to be turbocharged. The recently introduced 1.5-liter TSI Evo offered on the facelifted Golf seems like a viable candidate to power the two.

With the Q2 now acting as Audi’s entry-level crossover, it likely means the next Q3 will grow in size to distance itself and avoid a clash between the two. Chances are we won’t have to wait too long to get an idea about the Q4’s design since Audi will likely preview the new model with a concept some time from now. In addition, the all-new Q3 coming next year should prove to paint an accurate picture of what’s in tow for the sportier-looking derivative.

Some will remember Audi did actually preview something along the lines of a Q4 about three years ago with the TT offroad concept pictured above, which actually served as foundation for the adjacent digital exercise. It will be interesting to see whether the new crossover will get hotter versions such as an SQ4 and/or an RS Q4. Audi Sport has made the promise to boost its RS SUV family, but it’s too soon to say if the newcomer is in line to get the full-on RS treatment. If it will, the turbocharged five-cylinder 2.5-liter with 400 horsepower like in the RS3 models would be a good fit.