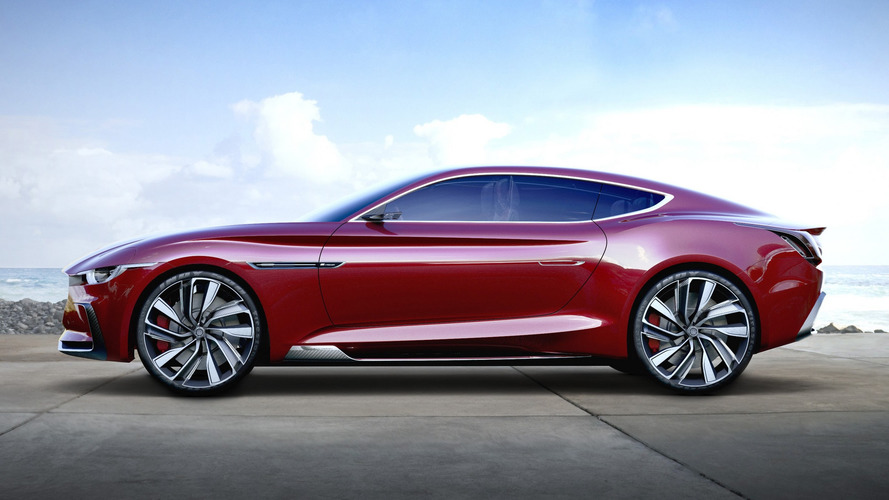 Mazda, Mercedes-Benz, and Aston Martin. These are some of the automakers that spring to mind when looking at MG’s swanky new concept. The E-Motion illustrates a potential sports car taking the shape of a sleek coupe fitted with an electric powertrain. It’s currently on display at Auto Shanghai and might go into production at the end of the decade with a starting price of less than £30,000 ($38,500). The news comes from the company’s man in charge of U.K. sales and marketing, Matthew Cheyne, while speaking with Autocar.

The eye-catching concept has a set of sleek headlights reminiscent of those seen on recent Mazda models while the shiny front end treatment makes us think of Mercedes’ “diamond” grille. The side profile has a hint of Aston Martin and looks quite appealing thanks to the sloped roofline, flush door handles, and the absence of B-pillars. At the back, the vertical taillights extend onto the fenders and there’s a prominent spoiler lip to further enhance the car’s sporty appeal. Other noticeable features include the massive diffuser, butterfly doors, and a panoramic glass roof stretching from front to back.

Inside the four-seat cabin, most of the controls appear to be touch sensitive, along with rotary knobs to control the temperature built into the air vents like on the Audi TT. The driver has a fully digital instrument cluster and gets to play with a touchscreen mounted rather low on the center console. The two passengers sitting in the back have access to their own touch-operated console. Even the buttons mounted on the door panels are of the same type.

At the heart of the MG E-Motion concept is an electric setup developed in-house by the SAIC-owned marque. There’s no word about how much power it delivers, but we do know it’s enough electric punch to complete the 0-62 mph (0-100 kph) task in less than four seconds. The unspecified battery pack is said to last more than 310 miles (500 kilometers) between charges.

We will have to wait and see whether the concept will evolve to become a road-going model in a few years from now. MG says it all depends on the feedback received following the concept’s premiere. Cheyne mentions so far so good, meaning there’s a chance it will get the stamp of approval.