The electric SUV represents the firm's first production car and will have swappable batteries.

Debuting this week at Auto Shanghai, the NIO ES8 takes the shape of a large, seven-seat SUV featuring an entirely electric powertrain. It’s destined to go on sale in China towards the end of the year and will be in the hands of early adopters early 2018 at a yet undisclosed price tag. Technical specifications are rather scarce at the moment, but we do know the Tesla Model X fighter is a fullsize SUV measuring more than 196 inches (4.97 meters) long with a generous wheelbase stretching at 118 inches (3 meters).

To keep the weight low, all of the body panels as well as the chassis are made entirely out of aluminum. The engineers have developed an active air suspension to ensure a silky smooth ride for the big SUV set to feature electric motors at both front and rear axles to enable an all-wheel-drive layout. One ace up the ES8’s sleeve will be the swappable battery pack for fast and easy recharging, although details about this feature are not available right now.

NIO is happy to report everything necessary to kick off production of the ES8 is ready, mentioning the supply chain and the manufacturing facility are both prepared for kickoff. To make sure it will live up to the expectations, the family-oriented EV has been tested for “thousands of miles” in Yakeshi in Inner Mongolia where temperatures drop to -22 degrees Fahrenheit (-30 degrees Celsius). In addition, the car was also put through its paces in Melbourne and Mildura, Australia where it had to withstand temperatures of more than 104 °F (40 °C). 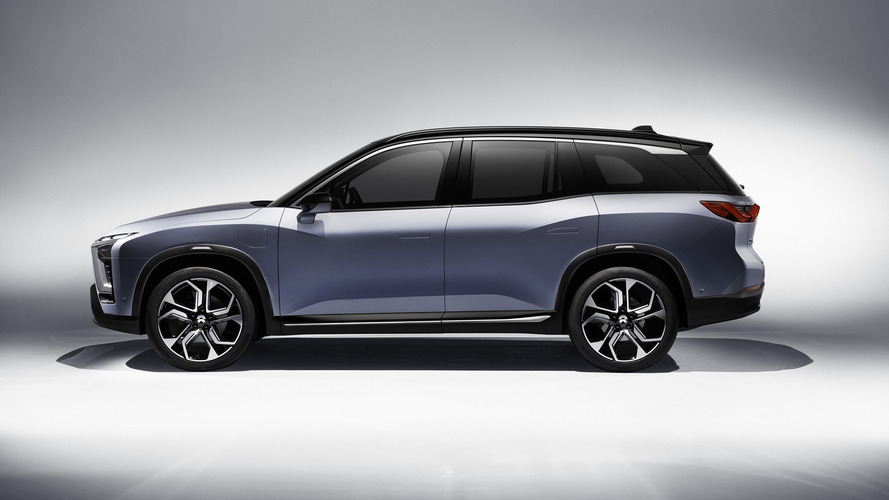 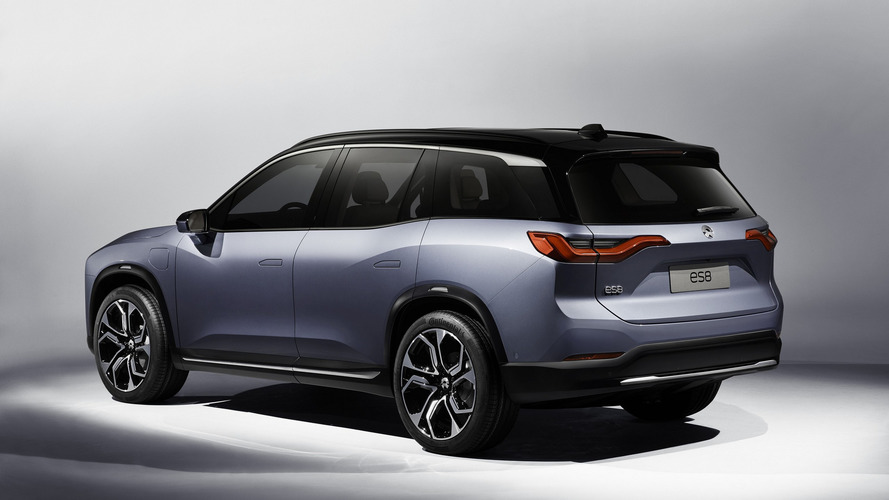 Like all future road-going models from NIO, the ES8 adopts what will become the corporate X-bar front fascia and “Spark Beat” taillights. It has all the body pillars finished in black to create the illusion of a floating roof and comes with the charging port mounted on the front-left fender. Also noticeable are the flush door handles and the typical SUV plastic body cladding on the lower areas of the bumpers as well as on the side skirts and wheel arches.

Inside, the center console is dominated by a massive portrait-oriented touchscreen serving as the infotainment system while the driver has access to an entirely digital instrument cluster. The cabin adopts a minimalist layout with only very few physical buttons as most of the ES8’s functions will be managed through that big screen. NIO’s designers have decided to go with a continuous vent look as seen on a few other models, such as the latest Euro-spec VW Passat.

In related news, NIO has announced it will begin accepting pre-orders for the EP9 electric supercar and it will produce ten units at $1.48 million a pop. This will actually be the second batch of production cars as the first six units assembled were for investors.

April 19, 2017 – Shanghai – Today, NIO, a next-generation car company showcased 11 vehicles for its Chinese debut at the 2017 Shanghai International Automobile Industry Exhibition. The company unveiled the ES8, its new vehicle for the China market that is planned for serial production later this year, and announced it will begin taking pre-orders of its flagship supercar, the NIO EP9.

NIO’s new production vehicle for the China market is called NIO ES8. The NIO ES8 is a full size 7-seater electric SUV with a 2-3-2 seating arrangement. The length of the vehicle is over 196 inches long and the wheelbase is over 118 inches long. The ES8 has an all-aluminium body and chassis, front and rear motors with electric all-wheel drive, and active air suspension. The ES8 features the “design identity” of every NIO vehicle: the X-bar and signature “Spark Beat” tail lights. The vehicle’s swappable battery will provide a charging experience that surpasses refuelling at gas stations. The manufacturing and supply chain that will produce the ES8 is already in place.

The ES8’s official launch will take place at the end of this year, with deliveries expected to begin next year.

NIO Founder and Chairman, William Li, said: “Today we unveiled our new production vehicle, the NIO ES8, to the China market. It is another statement of our vision and technical and manufacturing capabilities. It is a best-in-class product that showcases what is possible with electric vehicles. I am proud of our relentless focus on vision and action. From track to road, NIO continues to achieve major milestones every year.”

NIO also announced it will begin pre-selling the fastest electric car in the world, its flagship supercar, the NIO EP9. The first batch of six EP9s produced were for investors. NIO plans to produce a second batch of ten EP9s, and each one will be made to order. The NIO EP9 is priced at 1.48 million USD.

In November 2016, NIO unveiled the fastest electric car in the world, the EP9, by setting the track record on the Nürburgring Nordschleife. In February 2017, it also set the record for fastest autonomous lap with the EP9 at the Circuit of the Americas|.