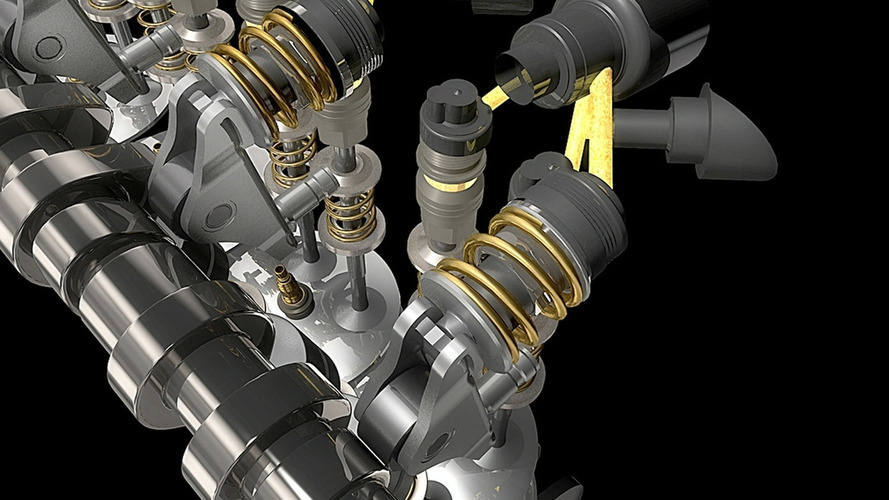 With tougher emission standards on the horizon and consumers demanding even more fuel efficient models, Fiat has unveiled their new MultiAir petrol engine. The company considers the new powertrain to be one of the greatest advances in petrol engine design in recent years as the MultiAir offers more power, reduced fuel consumption, and lower exhaust emissions compared to conventional petrol engines.

Given the company's history of using technological breakthroughs to improve both performance and efficiency in diesel engines, Fiat took a similar approach when developing the new MultiAir engine. In a conventional engine about 10% of the input energy is wasted in the process of pumping the air charge from a lower intake pressure to the atmospheric exhaust pressure. Fiat originally began looking into the possibility of reducing the wasted energy back in the 1980's but was only recently able to develop a new system that uses direct air charge metering at the cylinder inlet while maintaining a constant natural upstream pressure.

The new system is extremely technical but in essence it works by a having a series of solenoid valves being turned on and off by the rotation of the camshaft. When the solenoid valves are activated, several different scenarios occur to optimize power and fuel usage. (A full overview of the how the system works is available in the press release)

Among the many benefits of the new MultiAir engine is up to a 10% increase in power thanks to a performance-oriented mechanical camshaft profile, a revised intake valve closing system which improves low RPM torque by up to 15%, and a 10% reduction in fuel consumption and CO2 emissions because of the elimination of pumping losses. More important is the fact that the new MultiAir engine can achieve up to an overall 25% increase in fuel economy compared to conventional naturally aspirated engines with the same level of performance.

In the future, MultiAir technology could see its introduction on Fiat's diesel engines as it promises to offer up to a 60% reduction in NOx emissions and up to 40% reduction of CO2 emissions during cold starts and engine warm-up.