All the camouflage in the world can't mask the extreme aero pack highlighted by that massive wing.

If you’re finding the Z06 a bit too soft for some reason, August will allegedly be the month when Chevrolet will finally reveal the ZR1 in all of its range-topping glory. Meanwhile, there’s still a lot of testing that needs to be done to make sure the car will live up to the hype. A heavily disguised prototype carrying U.S. license plates was seen this week at the Nürburgring in Germany and thankfully our spy photographers were in the right place at the right time to capture the test vehicle on camera.

Despite the camouflage, the car is already showing it will adopt a more aggressive design thanks to the enlarged air vents up front where the hood bulge appears to be bigger than that of the Z06. By far the most obvious upgrade is the massive wing at the back, but we should point out previous spy shots have shown the ZR1 might also be offered with a less in-your-face wing. 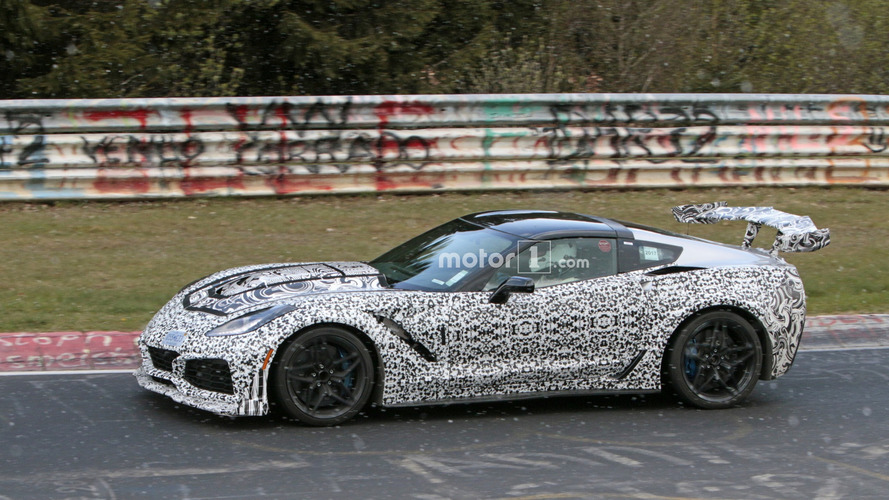 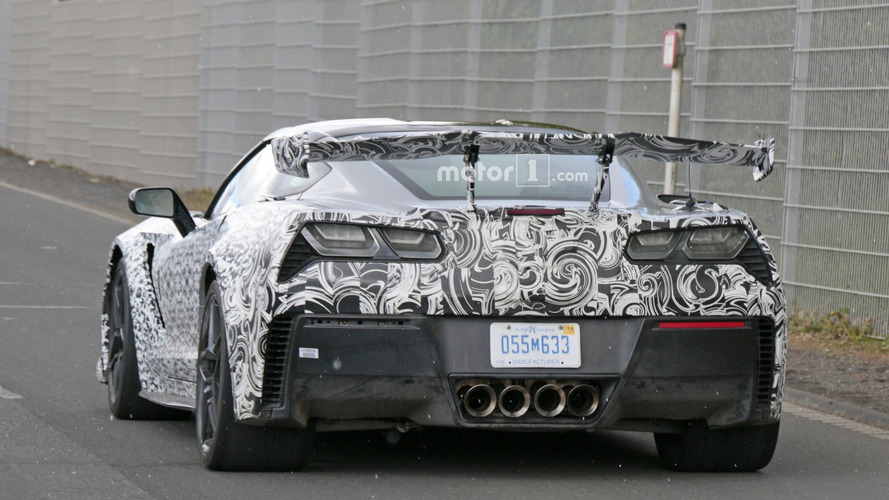 Seeing as how the Z06 has 650 horsepower coming from its supercharged 6.2-liter V8 “LT4” engine, it would make sense for the hardcore version to top that. It’s not known at this point what sort of engine is lurking underneath that menacing hood, but the huge bulge could indicate it’s supercharged. Maybe an upgraded version of the LT4?

That being said, there are signs of an all-new LT5 considering this engine was listed a while ago for the 2018 Corvette in a General Motors service department internal document. Not only that, but GM trademarked “LT5” last October for the second time, thus fueling rumors about the ZR1 getting the new powertrain benefitting from a dual-overhead cam layout. The very same unit might find its way inside the engine bay of the the next-gen Corvette (C8).

Expect to see the ZR1 in August at the 2017 Continental Tire Road Race Showcase IMSA event. Rumor has it the C7-based ZR1 will peacefully coexist with the mid-engine C8 for a while.