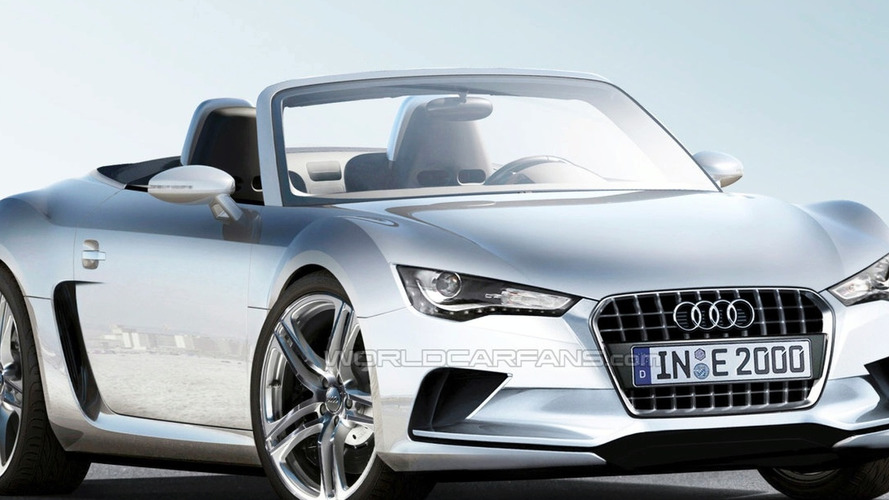 New rendered pictures of the speculated Audi R4 were sent to WCF. The R4 is said to use a mid-engine layout and possibly take 1.4, 1.8 and 2.5-litre force-fed engines.

While Audi is basking in the glory of its R8, rumours of a smaller R4 just keep cropping up at every turn. This is an artist's rendering of what an Audi R4 could look like if it did come to market. Given the speculation about BMW's own smaller roadster dubbed the Z2, Audi could be keen on the concept of an R4 or even the R3.

An Audi R4 it has been suggested, would use smaller engines than the TT range. These would be placed mid-section like in the R8. Three engine possibilities currently exist for the R4 in the 1.4 TSI, the 1.8 TSI and the 2.0TDI. The new TT RS may also have provided a possible engine for the R4 in the 340hp (250kW) 2.5-litre TFSI. Naturally, quattro all-wheel-drive would be fitted to the top-of-the-range model while the lesser versions get FWD. Of course two versions in the form of a coupe and a roadster would eventually appear.

The R4 would potentially share the same platform as the production version of the VW BlueSport Concept which was shown in Detroit earlier this year.

Thanks to professional car designer and Autocar Czech Republic magazine freelancer Jan Kamenistiak for the renderings.