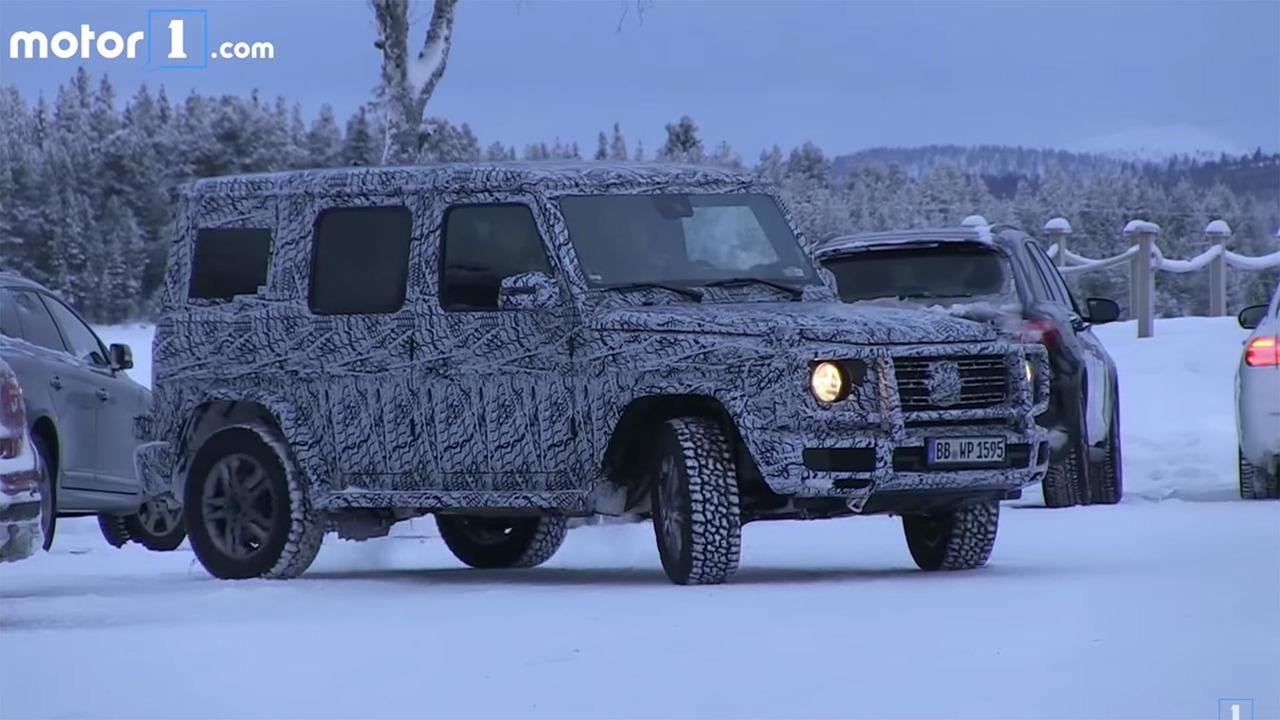 And it will get a new biturbo V8 in AMG spec.

Mercedes isn’t giving up on its beloved G-Class just yet. The boxy SUV, which has been on the market, in one form or another, since 1979, will live on for another generation and keep many of its familiar cues, according to a new report from Automotive News.

Speaking to the publication at the New York Auto Show, Daimler AG Chief Design Officer, Gorden Wagener, confirmed that the G-Class will get a thorough redesign. "We did everything new," he said. Apart from a small plastic lip on the C-pillar, evers piece of the exterior will be brand new.

The updated G-Class will reportedly makes its debut in the "not too distant future," said Wagener. The most likely candidate for a debut location will be the Frankfurt Auto Show in September. With a new steering system, and a more modern suspension, the G-Class will also get wider and reportedly much lighter.

To give us an idea as to the identity of the new G, we’ve already seen a spy video of the SUV testing on some snowy roads in Germany. The exhaust note even leads us to believe that it could bet a G63 spec model, which will come with a new 4.0-liter biturbo V8, replacing the current 5.5-liter V8, which could help it shed as much as 900 pounds (408 kilograms).

The G-Class will continue to be built by Magna Steyr at the company’s facility in Austria. The new model will debut later this year, with the AMG variants expected to come soon after in 2018.