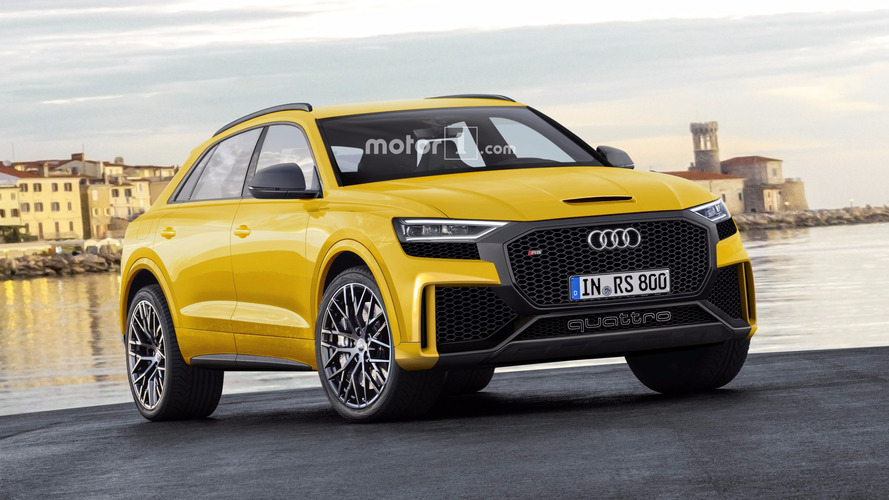 The upcoming SUV looks handsome in this digital mockup.

We got our first taste of the new Audi Q8 when the handsome concept made its debut at the Detroit Auto Show back in January. Thanks to that concept and the few spy photos that followed, we can now visualize the upcoming SUV in the digital flesh.

Our artists have put together two renderings of the upcoming Audi Q8. The first pictures the luxury SUV in a standard trim wearing a handsome ice blue finish, while the second (yellow) gives it a more aggressive update with an RS makeover. Both of them look like appealing options.

The two renderings present a more aggressive fascia than any Audi SUV before it. Borrowing cues from the Q8 concept we saw in January, the renderings show off a more sculpted fascia with a central grille and accenting vents on either side. A lower, central vent, and vents under the headlights also add to the dramatic look.

In RS tim, the Q8 gains an even larger grille, with blacked out accents and appropriate "Quattro" badging on the lower part of the trim to signify its all-wheel-drive capabilities. The exterior gets a sportier finish – Imola Yellow – and sees extra features added like a hood scoop and more aggressive wheels.

Overall the package looks enticing. The product version of the Q8 will make its debut next year, and when it goes into production, will be built at the Audi facility in Bratislava, Slovakia alongside the slightly smaller Q7. The Q8 will reportedly combine "great spaciousness with emotive design," and will offer "the latest technologies in assistance and infotainment systems."

Reports suggest that the top trim Q8 could go for as much as $106,000 when it goes on sale. Similar to the concept, power could come courts of a 3.0-liter hybrid V6 producing as much as 443 horsepower (330 kilowatts), while the hotter RS could see the same hybrid powertrain, but in the latter application producing 476 hp (354 kW).