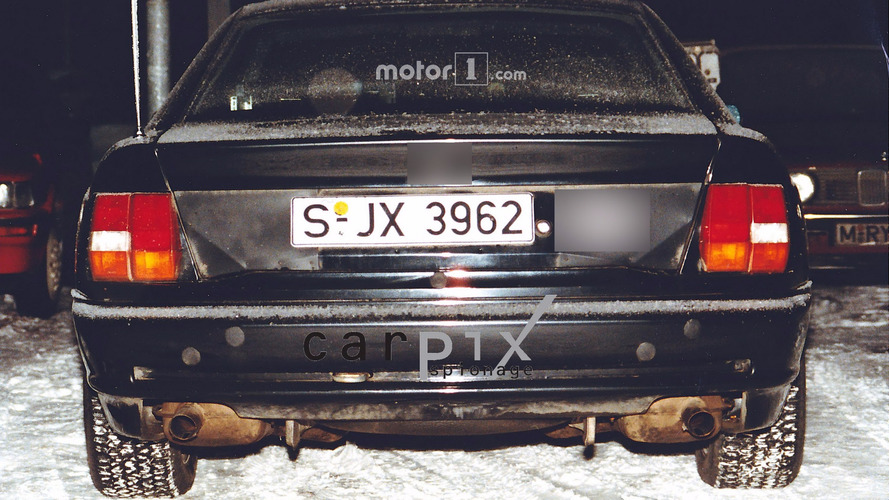 A grand tourer in the grandest sense.

Arguably one of the most desirable cars to be offered by the automaker, this unmarked prototype was caught by the spy camera many, many years ago. Some of us weren’t even born back then, but even so many did get to see the car while it was still in production taking into account it had a lengthy life cycle of about 10 years. Despite being offered for a long time, production numbers weren’t that high, with only a little over 30,000 cars produced during the car’s decade-long run.

Significantly different than the models offered back then by the car company, it was the result of a massive investment. Money were spent to draw up the all-new body using computer-aided design (CAD) methods, which were quite rare in the automotive industry during those days. The end result was a sleek car with a substantially lower drag coefficient compared to another high-end model available at that time.

Engineered to accommodate big V8 and V12 engines, the car in question almost received a high-performance version. A prototype was actually built, but plans to put the go-faster derivative into production were ultimately axed. Same goes for a convertible body style, of which a prototype exists today. Although it had been planned right from the start, it never hit the assembly line. Both of them can be checked out in the metal at the company's museum.

The company that made this car hasn’t used the moniker since the model’s demise in the late 1990s, but rumor has it a return is in the pipeline and will occur in a couple of years. Much like its predecessor, the new one is said to sit on top of the range. This time around, the fully fledged performance model is allegedly set in stone and will actually make it.

Check back tomorrow morning (GMT) to find out the answer to this week’s spy photo puzzle.