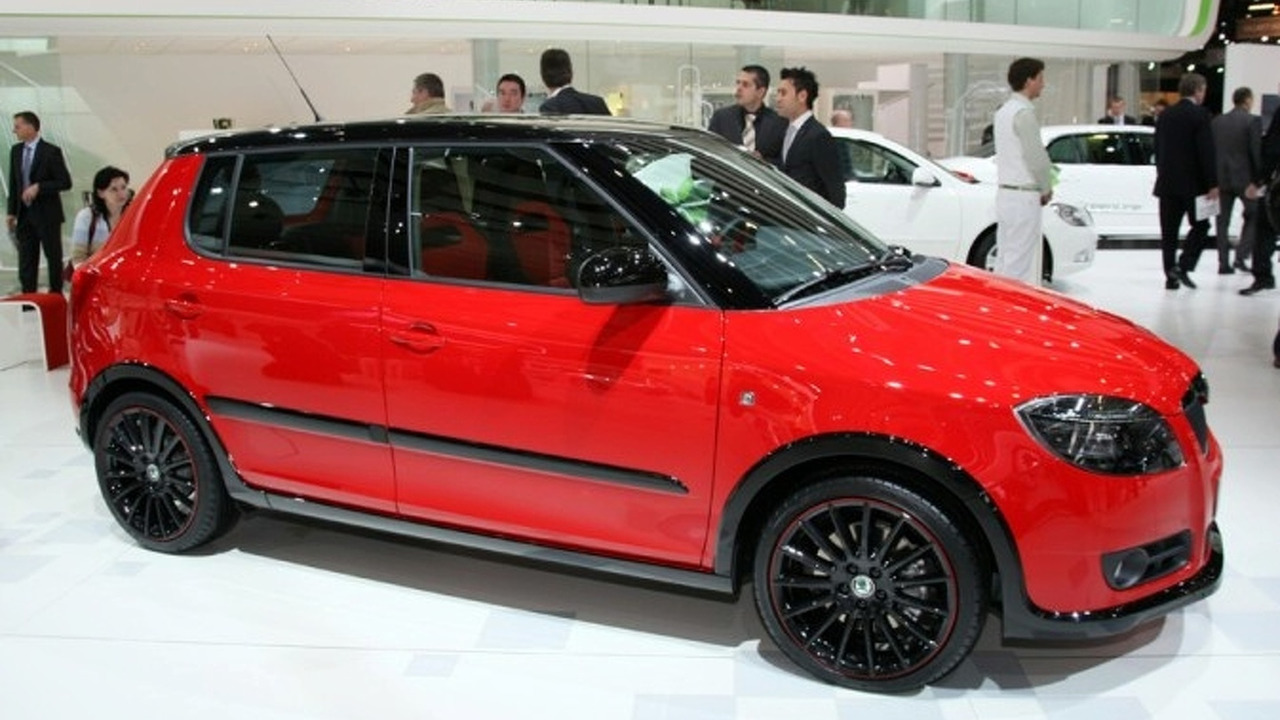 Could one of these be the 2010 Skoda Fabia vRS? Perhaps. Skoda was not forthcoming with information regarding the car they called the Fabia Sport Design at the Geneva Motor Show.

A possible future Fabia vRS was unveiled by Skoda at the Geneva Motor Show as one of three Fabia concepts. The Fabia Sport Design Concept could point the direction for the Fabia vRS which is partially inspired by Skoda's S2000 rally car. It is expected that the new vRS will appear some time in 2010.

Skoda did not spell out any details for the concept which is an unusual thing to do. Thus only speculation will have to do for the time being. Power could come from the 1.4-litre turbo engine supplied by Skoda parent Volkswagen. That motor would give the vRS 180 horses (134kW) to play with.

The Sport Design is styled to the hilt with elements like dark chrome on the front grille, darkened headlights, black alloy wheels, a front apron, side skirts, a roof spoiler and a two-tone exterior paint job. On top of all that it gets a rear apron with a integrated diffuser.

The interior only hints at sportiness but doesn't go full-out. The two-tone red (more like maroon) and black trimmings are set as background against features such as a sports steering wheel, aluminum pedals, sports seats and a sports manual gear lever. It looks as though the next VW Polo GTI will have its hands pretty occupied trying to fend off in-house rivals like the next Fabia vRS and Seat Ibiza Cupra.

Also on display, perhaps to help the vRS blend in, are two more Fabia "design studies" of which one is a minty green Fabia Scout. As for the third, we're not sure, Since Skoda was so tight lipped about it.