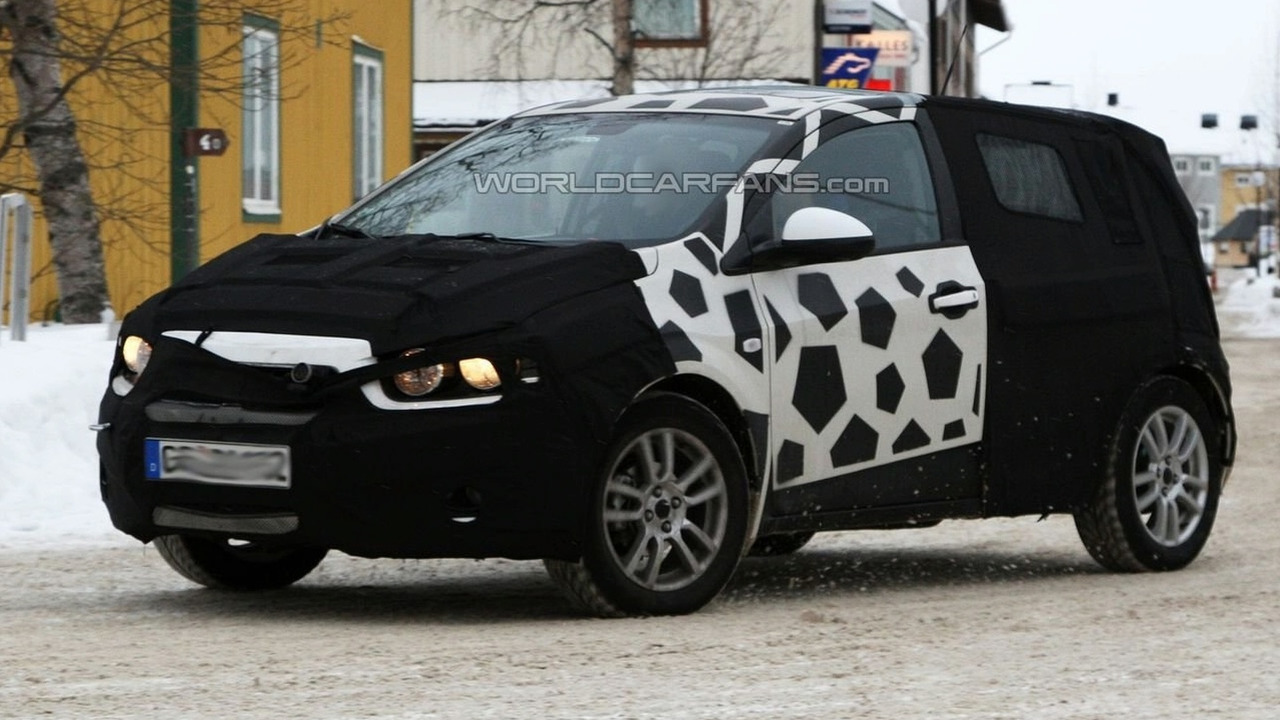 A Chevrolet-badged protoype has been spied in testing, but nobody's certain what it is, exactly. Evidence points toward its being the new Aveo, due in 2010.

Spy photos have surfaced of a heavily-disguised "mystery" Chevrolet prototype. Rumored to be a 2011 model, this five-door hatchback mule looks too large to be a Spark, and too small to be a Cruze, Volt or Orlando. Logically, that would make this the next Aveo, which is due to arrive some time in 2010, possibly as a 2011 model.

However, there's still some mystery. Previous vehicles that have been spotted and identified as 2010 Aveo prototypes don't bear much resemblance to this one. The interior of this car especially is styled similarly to the Orlando and Cruze, but it's different from both of those vehicles. If this is the new Aveo, it represents a dramatic improvement over the current car. Spy photos of the Chevrolet Lova, which is the Chinese version of the Aveo, surfaced back in September, but unless the Aveo's gone through some drastic redesigning inside and out in the past six months, we're not sure this is the same car. What do you think, WCF readers?

The next Aveo is expected to make its official debut at the Frankfurt show later this year. Between now and then, we'll keep our eyes peeled to try and learn more.