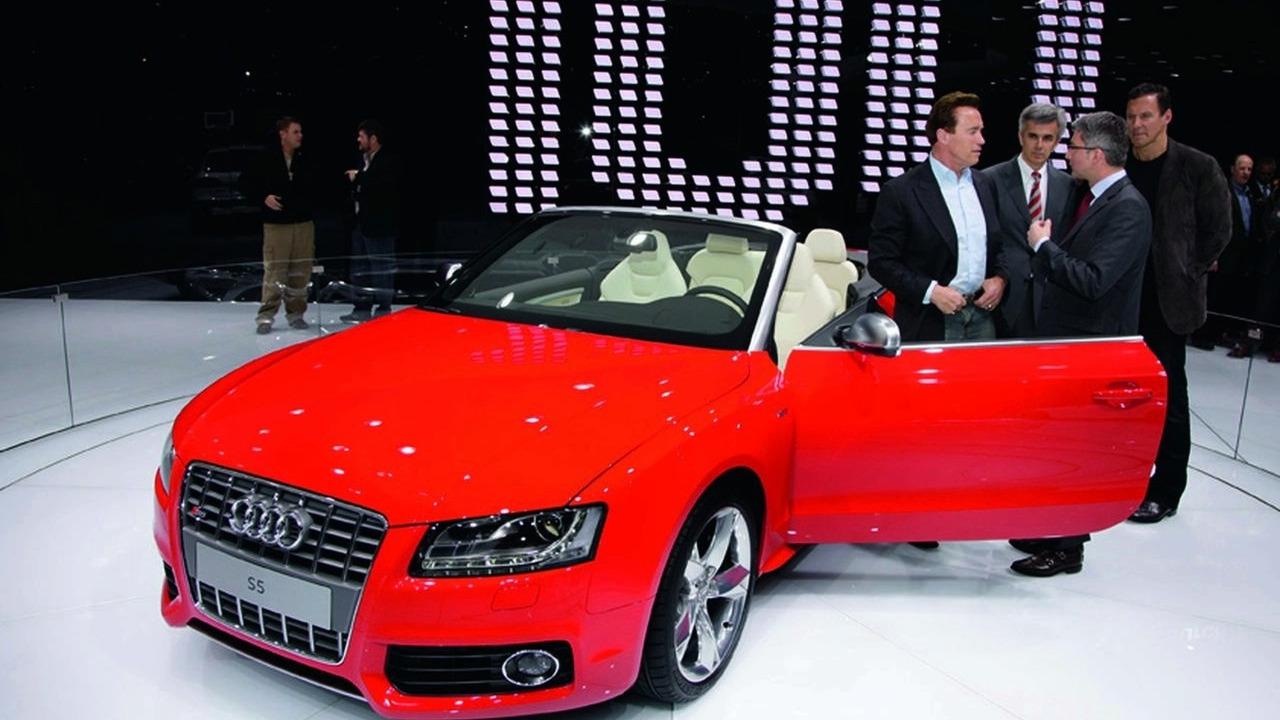 The Governor of California Arnold Schwarzenegger took a walk around the Audi stand at the Geneva Motor Show. He even got to sit inside the red S5 Cabriolet.

Governor Arnold Schwarzenegger was taken around Audi's stand at the 2009 Geneva International Motor Show by Audi AG Chairman Rupert Stadler. Accompanying them were Audi board member in charge of Marketing and Sales Peter Schwarzenbauer and German actor Ralf Moeller.

Were it not for Audi's American ambitions this story would not be very important. But Audi plans to be the biggest premium automaker in the world by 2015, a title currently held by BMW and previously in the hands of Mercedes-Benz. Mr Schwarzenegger being the governor of the world's 8th largest economy (if it were a country) is a powerful figure in American politics. His state of California has some of the most stringent C02 emissions requirements in the world and anyone who can impress him would stand a good chance of being allowed to sell their cars in Cali.

Of course were the golden state to introduce Audis in some of its fleets, say some of the police forces or even just VIP protection units it would give the German brand a good sales boost. Maybe even if the stars of California's most glamorous town Hollywood - some of whom are still friends with Schwarzenegger from his acting days - could be seen driving an Audi the brand would become more fashionable. Recall how popular the Toyota Prius became after a few Hollywood stars were seen driving it. So while it may look like an innocent little walkabout the outcome could really turn Audi's fortunes in the US.