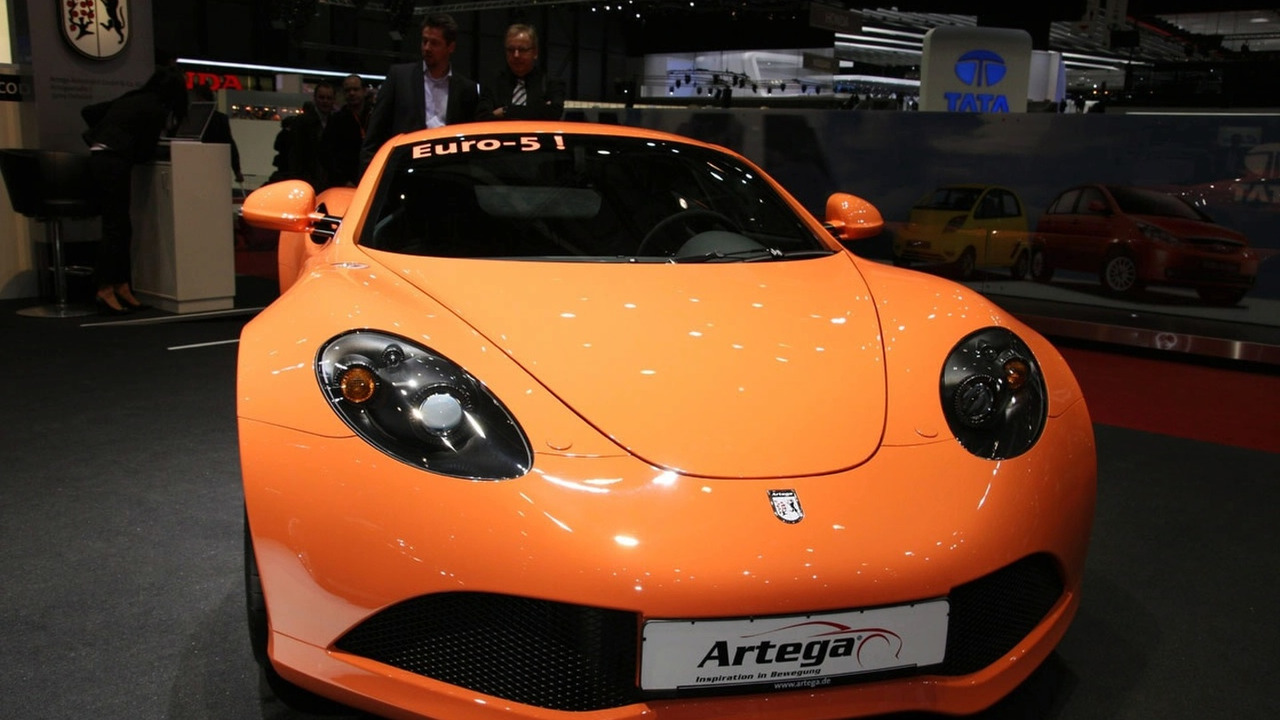 The Artega GT shown at the Geneva Motor Show has achieved C02 emissions figures that comply with Euro 5 requirements. The 3.6-litre V6-powered sports coupe generates 211 g/km of the dirty stuff.

Two Artega GTs were unpacked at the 2009 Geneva International Motor Show. Sadly none of them are the roadster version which is expected to follow suit in the not-too-distant future. For now though we see the GT series which will be manufactured in limited numbers. For the rest of 2009 only 350 deliveries are to take place. In 2010 that number will increase to a total of 500 units.

The German sports car maker revealed at Geneva that the Artega GT has achieved a Euro 5-compliant C02 emissions number of 211 g/km. This is at the back of an average fuel consumption of 9.1 litres per 100km.

Artega opted for a 3.6-litre V6 engine from the Volkswagen Group as its source of power. It pairs with a DSG double-clutch gearbox to deliver a claimed 0 - 100km/h time of 4.8 seconds. Overall the car weighs 1116kg (2,460 lbs). The makers say it underwent vigorous testing during its development stages. Even a crash test was performed and Artega states that the GT did very well on that front.

Sales of the Artega GT begin later this month at a minimum price of €79,950.