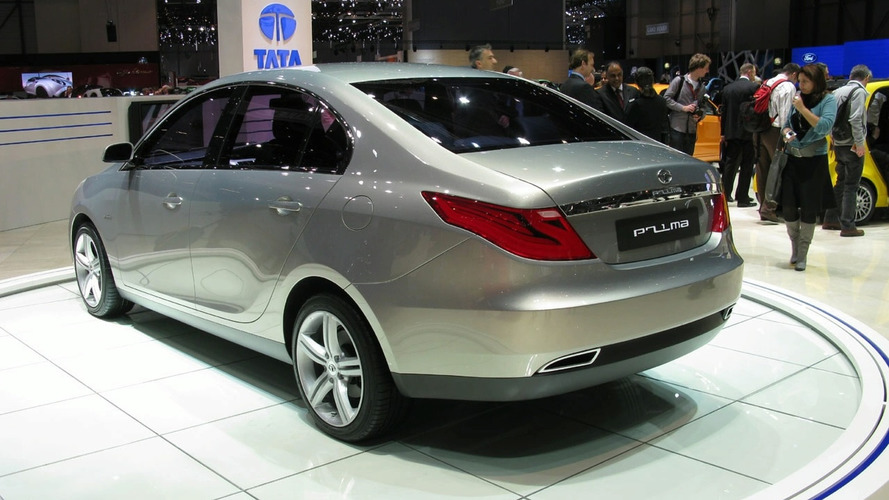 Tata brings us the new Pr1ma Concept straight out of Geneva. Designed by Pininfarina, the Pr1ma aims to move Tata upscale in terms of market segmentation.

Tata Motors is joining the ever-growing list of motor manufacturers who are going upscale with models previous reserved for the mass market. To help Tata achieve this goal the Italian design house of Pininfarina was called upon to style this car here by the name of Pr1ma. They called it Pr1ma in translation of the Italian word meaning "first".

So far this is a mere concept car but it could very well spell the design signature of the next Tata Indigo sedan. After all it is based on that car's platform. The Pr1ma is a four-door sedan with a 2.7 metre wheelbase which is longer than that of the Indigo. Its lines seem to have a measured fluidity about them, spelling not only a more upmarket car but one with a slight thought of sportiness. Further evidence of this is in the coupe-like form of its roofline towards the rear. The trapezium front grille and semi-trapezoid tailpipes assist in painting a picture of a higher-class vehicle, certainly one higher than an Indigo.

As far as class is concerned it may be suggested that the Pr1ma is going after leaders like the Toyota Corolla, Honda Civic sedan and VW Polo sedan. The Tata Pr1ma can be seen at close range at the Geneva Motor Show right now.