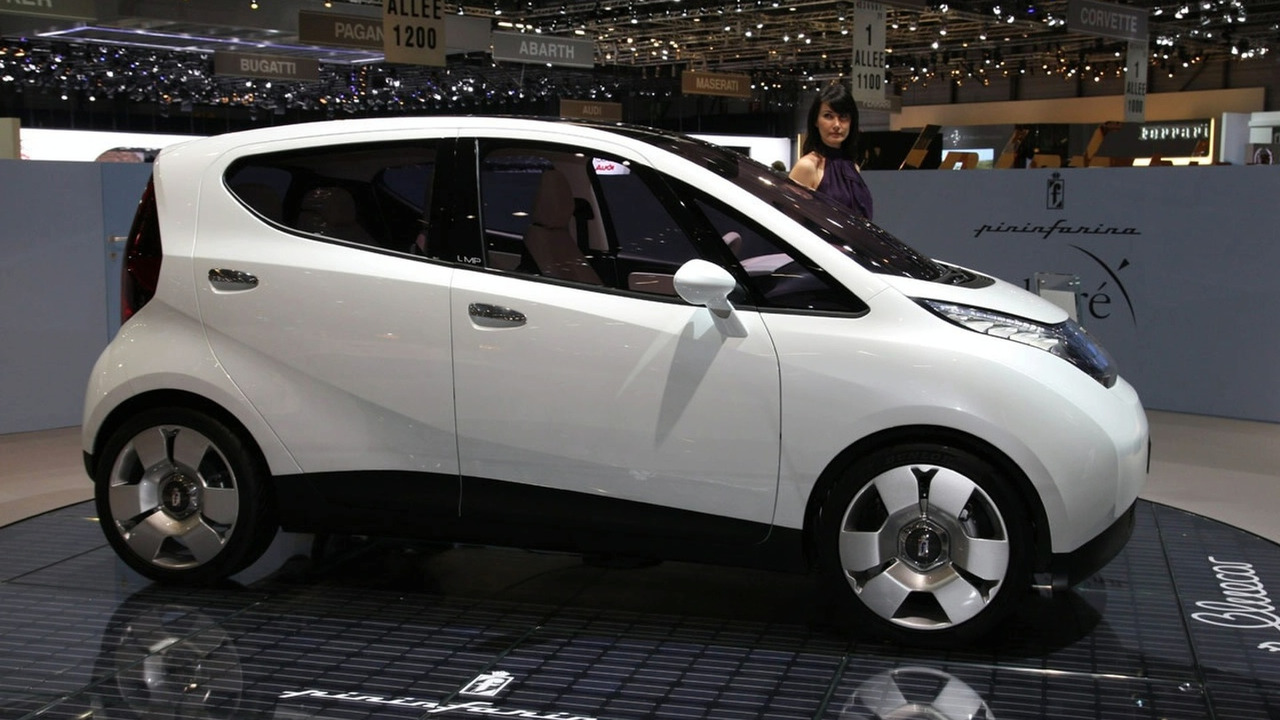 Electric car will come with Lithium Metal Polymere batteries and solar panels on the hood that give it a range of 250 km. The BLUECAR is a compact 5-door, 4-seat MPV. Pininfarina plans an annual production of 60,000 vehicles by 2015.

In a surprising move at the beginning of the year, Pininfarina declared it was out of the contract manufacturing business and that it would focus on building electric vehicles. In a restructuring bid that has so far saved the troubled coach-builder from having to declare bankruptcy, the legendary Pininfarina brand is attempting to reinvent itself as an independent automaker.

Well, not entirely independent, as it has teamed up with French industrial group Bollore to bring this Pininfarina BLUECAR electric vehicle to Geneva with plans to go to production in 2011.

The BLUECAR is a compact 5-door, 4-seat MPV powered by LMP batteries (Lythium Metal Polymere), which Pininfarina has coupled with a "supercapacity" energy storage device that will give this MPV a range of 250 km on a single charge. Batteries can be re-charged at any 230V outlet and the process takes "a few hours", a vagueness we've come to expect from electric car makers. Pininfarina also claims the batteries will have a life-span of 200,000 km.

But that 250 km range sounds more realistic once we've had a look at the BLLUECAR's roof and spotted the solar panels that help draw energy into the car. If this technology does what Pininfarina says it can do, then the company has a great shot at a future in car making.

And Pininfarina's ambitions don't stop there. After pilot production begins next year, the Italian automaker is planning on an annual production of 60,000 vehicles by 2015.