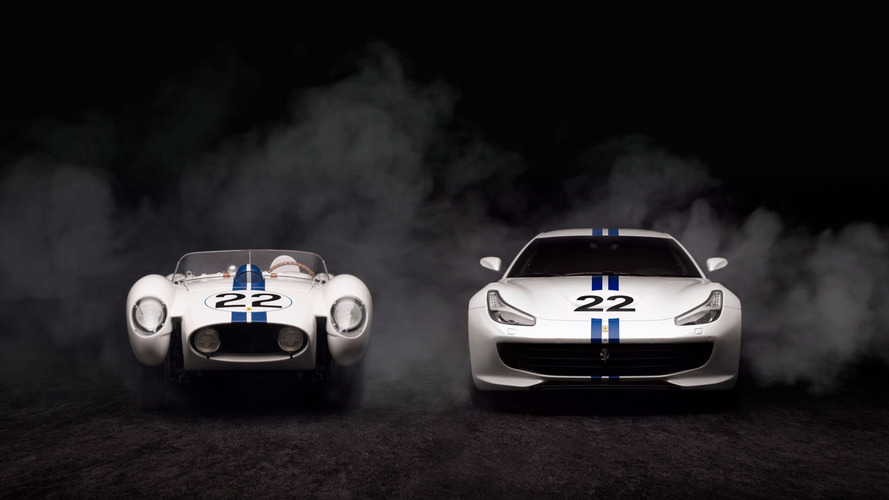 Every 1:18 replica will be a unique, one-of-one design.

Amalgam Collection is home to the most insanely detailed scale auto replicas in the world, and now the company has something special in store for Ferrari’s 70th anniversary. Actually the team at Amalgam has 350 something specials in the works, in the form of limited-edition mini-Ferraris featuring 70 special livery designs pulled from the manufacturer’s illustrious history. All liveries will be available on five modern Ferrari models: the 488 GTB, 488 Spider, California T, F12 Berlinetta, and the GTC4 Lusso.

Doing the math, that comes out to 350 total for the series. That also means each 1:18 scale replica will be a one-of-one edition. Amalgam says the designs are also available in 1:8 scale on a made-to-order basis, and the company will also sell a complete set of all 70 liveries mounted on a carbon fiber wall display. Considering the price for a single 1:18 scale Ferrari is $695, things could get really expensive really quick. But when you look at one of these in person, the price is totally worth it.

Amalgam’s liveries are based on numerous aspects of Ferrari history, from actual racing schemes to iconic cars, milestones, and more. Jump into the 1970s category and you’ll see “The Prototype” livery with an offset stripe and gold wheels, inspired by the 1972 312 P. Jump forward a decade for “The Magnum PI,” which of course draws upon the 308 GTS Tom Selleck drove in the television series. One of our favorites is “The Schumacher,” which pays homage to Michael Schumacher’s 2003 F1 car. Check out all 350 Ferraris in the special 70th anniversary section of Amalgam’s website at Ferrari70.amalgamcollection.com.

We’ve spent time with Amalgam’s 1:8 scale Ferrari F430 Spider and the detail is mind boggling. We’re fairly certain that if you should find yourself shrunk to 1:8 your size, you could get in the leather (yes leather) seats and drive away. The same holds true for the smaller 1:18 scale designs, and while $695 isn’t necessarily cheap, it’s a price that is absolutely reflected in the quality of the replica. More importantly, it’s affordable to us mere mortals who aspire to own the real deal someday.

The first replicas will be available starting in July but pre-orders are happening right now. With each car being totally unique there’s only one chance to get a specific model, and quite a few are already spoken for.