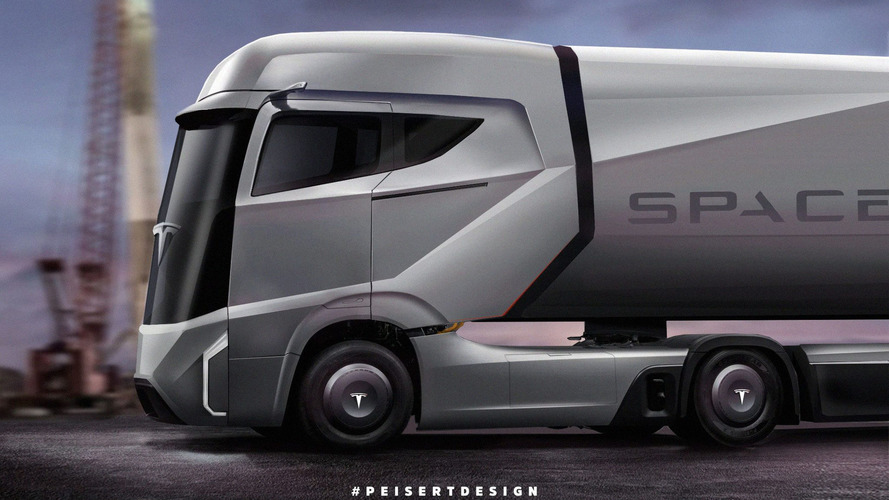 Elon Musk confirmed the two additions in a flurry of tweets.

The news flow from Tesla CEO Elon Musk continues to be prolific. Today’s revelation concerns the company plans around producing an all-electric semi-truck, rendered here. Better still, according to Musk on Twitter, Tesla will reveal it just a few months – as early as September 2017.

What does "seriously next level" mean?  It could be anything. Earlier reports from last year (again from Musk) indicated Tesla’s Jerome Guillen was already driving and testing the Tesla semi project, although, we have yet to catch any evidence of the program in the wild.

The intention to build an all-electric semi-truck was first mentioned during Tesla’s reveal of Master Plan Part Deux, just last Summer with this disclosure:

"In addition to consumer vehicles, there are two other types of electric vehicle needed: heavy-duty trucks and high passenger-density urban transport. Both are in the early stages of development at Tesla and should be ready for unveiling next year. We believe the Tesla Semi will deliver a substantial reduction in the cost of cargo transport, while increasing safety and making it really fun to operate."

Also of (even more) interest is Tesla’s commitment to produce the long-desired pick-up truck for the masses. On that matter, the Tesla CEO says in a tweet that the wait is only another 18 to 24 months.