Beauty is in the eye of the beholder. We’ll just leave it at that.

For the simple person who wants a simple, affordable car, there’s the Toyota Yaris. Rolling into New York with some ample exterior upgrades, the 2018 Yaris stills tends to be one of those love-it-or-hate-it cars. It’s sharing Toyota’s stage in the Big Apple with the restyled Sienna minivan, and if we’re honest, the Sienna got the better deal. The Yaris’ new face removes the small bits of grille that connected the headlamps, replacing it with body color trim atop the gaping lower black grille that, with the sweeping headlamp assemblies and a pointed nose, gives the Yaris the profile of a small angry whale trolling for plankton.

Check out the sedan:

The view from the back is a bit better, though still not what we would call satisfying. The rear fascia and hatch are restyled to mimic the open-mouthed look in front. Redesigned tail lights fit well with the layout, but that’s about all that can be said in support of the subcompact’s endearing aesthetic attributes. The overall facelift is supposed to add a bit of sport to the model line, but we just aren’t seeing it. 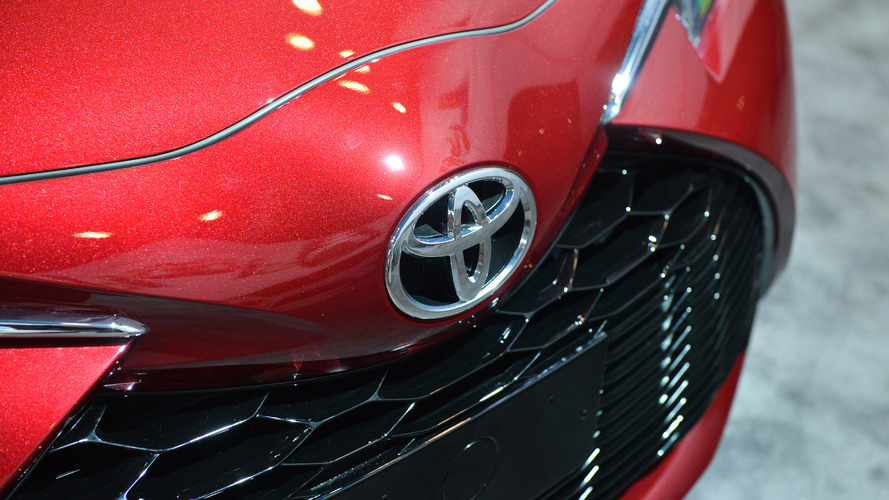 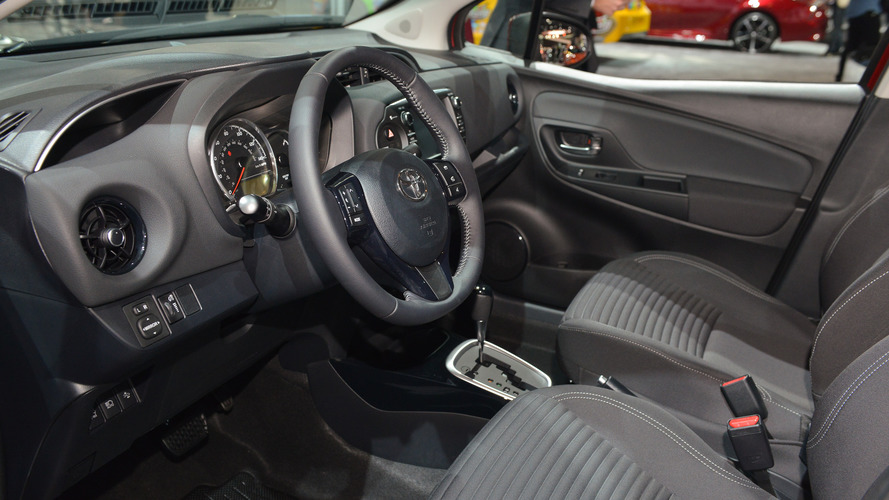 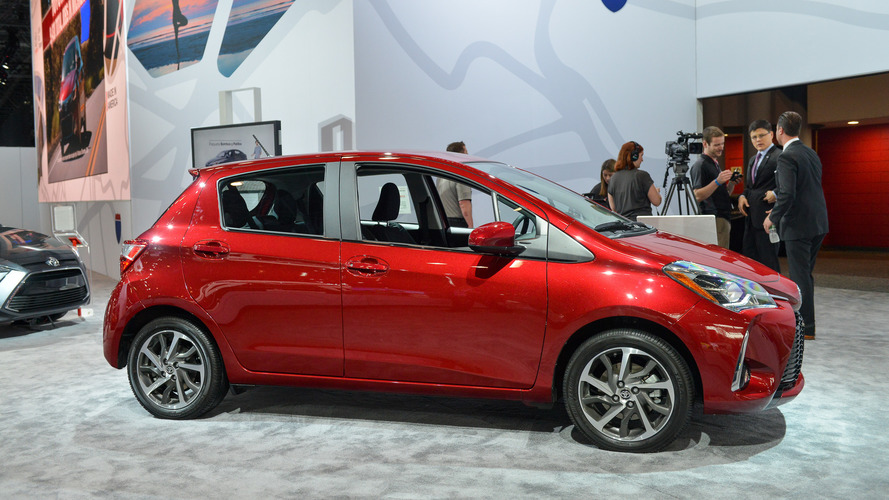 Inside, all Yaris models now get the instrument cluster that was previously exclusive to the SE model. That means three gauges for monitoring speed, engine RPM, and fuel are there for the driver full-time. A small LCD screen with the gauges provides additional information, with L and LE models getting a 6-inch touchscreen display for infotainment needs. A larger 7-inch screen is fitted to SE models, but none offer Apple CarPlay or Android Auto.

Power remains underwhelming with a 1.5-liter four-cylinder making just 106 horsepower for the front wheels to use, sent via five-speed manual or four-speed automatic transmission. All Yaris models will feature a version of Toyota’s Safety Sense Suite that includes driving aids such as a pre-collision system and lane-departure alert.

No official word on pricing has been released, but the 2018 Yaris will likely start in the $15,000 range when it goes on sale later this year.