It also took home World Car Design of the Year for 2017.

Winners of the 2017 World Car of the Year awards were announced today at the New York Auto Show. Following months of deliberation by a panel of 75 international automotive journalists that began back in September at the Paris Motor Show, the underdog Jaguar F-Pace took home the prestigious award, making it the first SUV to ever do so.

Beating out more than 20 well worthy contenders from around the world – including a barrage of cars from the VW Group – the F-Pace outpaced the Audi Q5 and VW Tiguan in the last round of voting. Not only did it take home the 2017 World Car of the Year, but it also took home the 2017 World Car Design of the Year, beating the Mercedes S-Class Cabriolet, and the new Toyota C-HR. 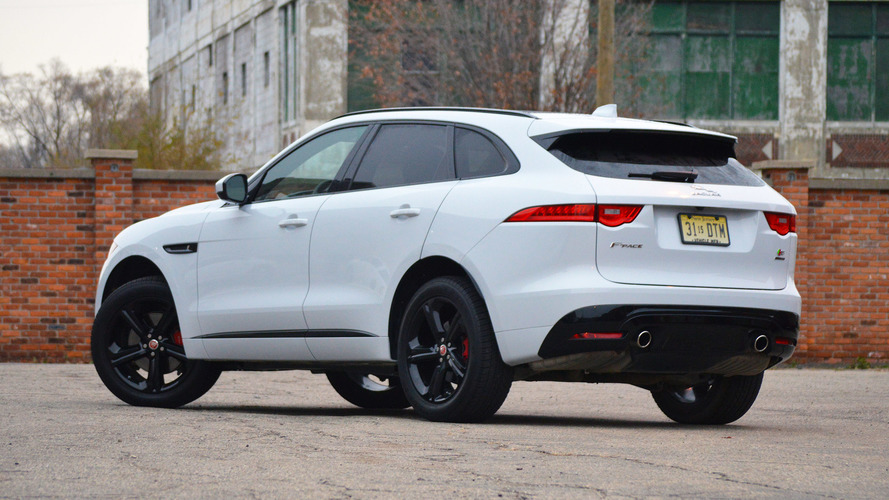 "The F‐PACE was designed and engineered as a performance SUV with exceptional dynamics, everyday usability and bold design,” said Dr Ralf Speth, CEO Jaguar Land Rover. "Winning these two awards endorses the talent and great work of our teams that have delivered the world’s most practical sports car and Jaguar's fastest selling vehicle.”

The F-Pace follows the Mazda Miata and Mercedes C-Class, which took home the awards in 2016 and 2015, respectively. This year marks the 11th anniversary between the World Car and the New York Auto Show.

The winner was announced during a press conference hosted by the New York International Auto Show, Bridgestone Corporation and Autoneum. Dr Ralf Speth, CEO Jaguar Land Rover said: "The F‐PACE was designed and engineered as a performance SUV with exceptional dynamics, everyday usability and bold design. Winning these two awards endorses the talent and great work of our teams that have delivered the world’s most practical sports car and Jaguar's fastest selling vehicle.”

The JAGUAR F‐PACE was chosen from an initial entry list of 23 vehicles from all over the world, then a short list of ten, then three finalists as announced in Geneva last month:  the Audi Q5, the Jaguar F‐PACE and the Volkswagen Tiguan To be eligible for the overall World Car award, the candidates must become available for sale on at least two continents during the period beginning January 1, 2016 and ending May 31, 2017. This year, vehicles were selected and voted on by an international jury panel comprised of 75 top‐level automotive journalists from 23 countries around the world.

Each juror was appointed by the World Car Steering Committee on the basis of his or her expertise, experience, credibility, and influence. Each juror typically drives and evaluates new vehicles on a regular basis as part of their professional work.

The Road to World Car began in Paris on September 29, was followed by test‐drives in Los Angeles in November, continued in Geneva with the Top Three in the World announcement, and finally ended today with the declaration of the winners in six categories at the New York International Auto Show.

2017 marks the 11th anniversary of the partnership between World Car and the New York show, and the fourth consecutive year that the World Car Awards have retained their ranking as the number one automotive awards program in the world.