Fernando Alonso is to make a shock assault on the Indianapolis 500 this year, and will therefore skip the clashing Monaco Grand Prix.

The surprise move has come against the backdrop of a disappointing start to the 2017 Formula 1 season for the Spaniard, with the McLaren-Honda package not delivering all that had been hoped. However, despite Monaco perhaps offering McLaren its best chance of a result early in the campaign, the lure of contesting the iconic Indy 500 has proved too much for Alonso.

Following weeks of secret talks involving Honda, McLaren and Alonso, agreement has been reached for the two-time F1 champion to race in a McLaren-Honda entry run by Andretti Autosport, which will be painted in McLaren's iconic orange livery. It will be Alonso’s first attempt on IndyCar’s most famous race and his first experience of oval racing. 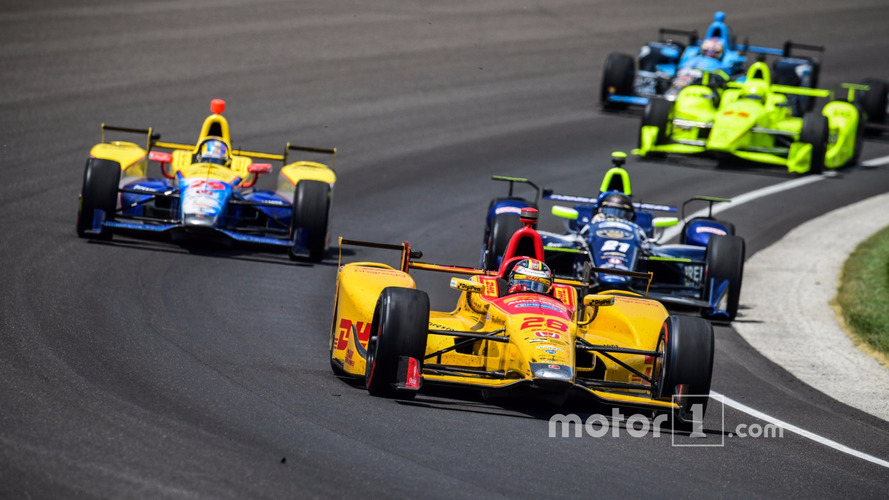 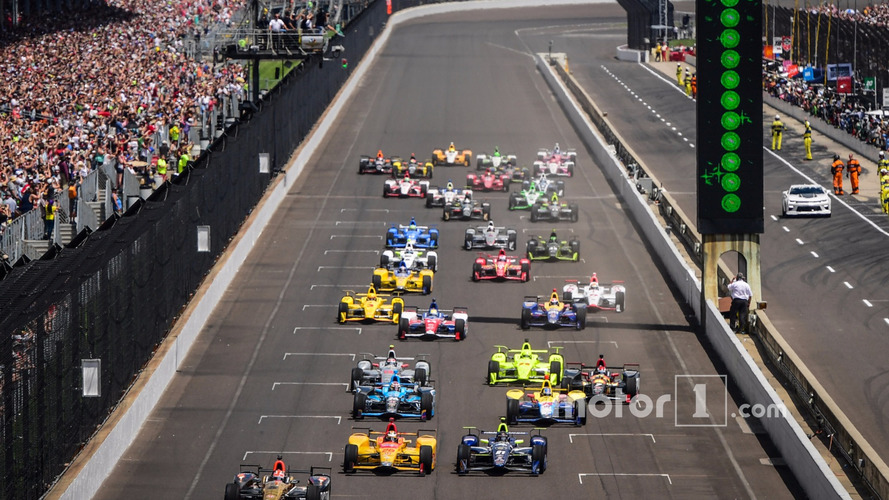 “I’m immensely excited that I’ll be racing in this year’s Indy 500, with McLaren, Honda and Andretti Autosport," said the Spaniard.

“The Indy 500 is one of the most famous races on the global motorsport calendar, rivalled only by the Le Mans 24 Hours and the Monaco Grand Prix, and it’s of course a regret of mine that I won’t be able to race at Monaco this year.

"But Monaco will be the only 2017 Grand Prix I’ll be missing, and I’ll be back in the cockpit of the McLaren-Honda MCL32 for the Canadian Grand Prix in Montreal in early June.

“I’ve never raced an IndyCar car before, and neither have I ever driven on a superspeedway, but I’m confident that I’ll get to grips with it fast.

"I’ve watched a lot of IndyCar action on TV and online, and it’s clear that great precision is required to race in close proximity with other cars on the far side of 220 mph."

McLaren has yet to officially confirm who will replace Alonso for the clashing Monaco F1 race, but retired 2009 champion Jenson Button is considered the favourite to land the seat.

Fernando’s participation in this year’s Indy500, one of the Triple Crown of motorsport [the Monaco Grand Prix, the Indy500 and the Le Mans 24 Hours], is a fantastic opportunity for all those involved, and it realises a dream Fernando has had to compete in other legendary motorsport events around the world.

Fernando will race for McLaren-Honda-Andretti team with Honda powered 2.2-litre twin-turbo V6, limited by IndyCar regulations to 12,000rpm.
The car will be run by the Andretti Autosport team, headed by founder, owner and Chief Executive Officer Michael Andretti, a former IndyCar champion who raced in Formula 1 for McLaren. Fernando will also be a team mate of Takuma Sato, a former F1 driver who joined Andretti Autosport from 2017 season.
Andretti Autosport will be racing in Indy500 with 6 cars with Honda engine, including Fernando’s McLaren-Honda-Andretti.

In due course McLaren-Honda will announce the identity of the driver who will race Fernando’s car at Monaco.

“I’m immensely excited that I’ll be racing in this year’s Indy 500, with McLaren, Honda and Andretti Autosport.
The Indy500 is one of the most famous races on the global motorsport calendar, rivalled only by the Le Mans 24 Hours and the Monaco Grand Prix [which Fernando has won twice, one of those victories at the wheel of a McLaren (in 2007)], and it’s of course a regret of mine that I won’t be able to race at Monaco this year. But Monaco will be the only 2017 Grand Prix I’ll be missing, and I’ll be back in the cockpit of the McLaren-Honda MCL32 for the Canadian Grand Prix in Montreal in early June.

I’ve never raced an IndyCar car before, and neither have I ever driven on a super-speedway, but I’m confident that I’ll get to grips with it fast. I’ve watched a lot of IndyCar action on TV and online, and it’s clear that great precision is required to race in close proximity with other cars on the far side of 220mph [354km/h]. I realise I’ll be on a steep learning curve, but I’ll be flying to Indianapolis from Barcelona immediately after the Spanish Grand Prix, practicing our McLaren-Honda-Andretti car in Indianapolis from May 15th onwards, hopefully clocking up a large number of miles every day, and I know how good the Andretti Autosport guys are. I’ll be proud to race with them, and I intend to mine their knowledge and expertise for as much info as I possibly can.

I’ve won the Monaco Grand Prix twice, and it’s one of my ambitions to win the Triple Crown [the Monaco Grand Prix, the Indianapolis 500 and the Le Mans 24 Hours], which has been achieved by only one driver in the history of motorsport: Graham Hill. It’s a tough challenge, but I’m up for it. I don’t know when I’m going to race at Le Mans, but one day I intend to. I’m only 35: I’ve got plenty of time for that.”

“As an American, albeit one who fell in love with Formula 1 at a very young age, I’ve always regarded the Indy 500 as a fantastic motor race.

For that reason I’m particularly delighted to have been able to bring McLaren back to Indianapolis in my very first year as McLaren’s Executive Director. Michael [Andretti] is an old friend of mine, and a man I respect enormously, and his Andretti Autosport organisation is one of the best in the business. Michael is a winner - indeed his team won the Indy500 last year with Alexander Rossi, who will be one of Fernando’s team-mates at Indy next month - and I couldn’t be happier that Fernando will be making his IndyCar debut in one of Michael’s cars. Equally, this project wouldn’t have been possible without Honda’s support and encouragement.

Our car - the McLaren-Honda-Andretti - will be decked out in the papaya orange livery made famous by our founder Bruce McLaren, and in which Johnny Rutherford drove McLaren IndyCars to Indy 500 victory in both 1974 and 1976. All our current partners whose logos appear on this year’s McLaren-Honda MCL32 Formula 1 car - SAP, NTT Communications, Johnnie Walker, Chandon, Michael Kors, Hilton, CNN, Richard Mille, Logitech, Norton Rose Fulbright, GREAT etc - will also appear on the McLaren-Honda-Andretti car that Fernando will race at Indy this year.

Could Fernando win this year’s Indy500? Well, I wouldn’t be so silly as to make any such rash prediction, but I expect him to be in the mix. Put it this way: the team he’ll be racing for won the race last year, using the same Honda engine, and he’s the best racing driver in the world. That’s quite a compelling combination. So, yes, as I say, he’ll be in the mix.

OK, equally, he’ll have his work cut out to acclimatise to running at super-speedway velocities, but ultimately it’s quality that counts in all forms of motorsport, and Fernando is very definitely quality. He’s ballsy and brave too. Also, the differences between Formula 1 cars and IndyCars are less marked now than they were in the past. Formula 1 cars weigh about the same as IndyCars these days - just north of 700kg [1543lb] - and Formula 1 cars actually develop more power than IndyCar cars do, whereas it used to be the other way around in the past.

I’ll be at Indy to see McLaren’s return to the Brickyard, and I’ll be a happy man on that day. But I’ll be in constant contact with Eric, who’ll be running McLaren-Honda’s Formula 1 operation at Monaco as per usual.”

“It’s a great honor to partner with McLaren for the 101st running of the Indianapolis 500 and to bring Fernando into one of our Andretti Autosport Hondas. I want to thank Zak [Brown], Honda and McLaren for this tremendous opportunity. We've been working very closely in the planning of this new partnership and I believe we've laid the foundation for a successful month of May. We're looking forward to giving Fernando an effort in reaching one of his biggest career goals of winning the Indy 500.

Fernando’s lack of experience on super-speedways is not of concern to me. I do believe that the Indianapolis 500 is one of the best places for a rookie to start because there is the opportunity for so much practice time on the track - and, as we have demonstrated, it can be won by a rookie. Fernando is a great talent and I have full confidence that he will represent very strongly for McLaren, Honda and Andretti Autosport.

Fernando’s addition to the team takes our stable of entries to six, working in a cooperative effort. This sharing of experience and knowledge is what makes Andretti Autosport stand out and gives us that extra competitive edge.”

“We are delighted that we are able to race in the historical Indy500 as McLaren-Honda-Andretti in order to make Fernando Alonso’s dream come true.
We are also honoured that Honda can become a part of this ambitious project as an engine supplier. We are grateful to Mr. Andretti who willingly accepted our offer and now shares this dream with us.
Fernando is one of the best racing driver’s in the world, and I strongly believe that he will put on a great performance in one of the world’s most historical motor races, the Indy 500.
Honda will provide our maximum support to him and the team, as well as the other Honda drivers competing.
We can’t wait to see him racing on the legendary Indianapolis track.”

“The entire IndyCar community - competitors, fans, media, everyone - are delighted and excited at the prospect of a driver as brilliant as Fernando making his debut in our series. Even better, he'll be making that debut in the greatest race of our year: the world-famous Indy500. And which car will Fernando be driving this year? That's right: a Honda-powered Andretti Autosport car. Could history repeat itself? Stranger things have happened.

But, whether or not Fernando wins this year, I'm thrilled that the name of McLaren will be returning to Indianapolis. Three times in the 1970s the Indy 500 was won by a driver at the wheel of a McLaren - one win for Mark Donohue and two wins for Johnny Rutherford - and I'm sure Johnny will be at the Brickyard again this year to cheer on his old team.

Last but not least, we should all remember Bruce McLaren, the team's founder, a brilliant driver-engineer-entrepreneur who was tragically killed while testing a McLaren M8D Can-Am car at Goodwood 47 long years ago, and who was finally and rightfully inducted to the Indianapolis Hall of Fame only this year.”