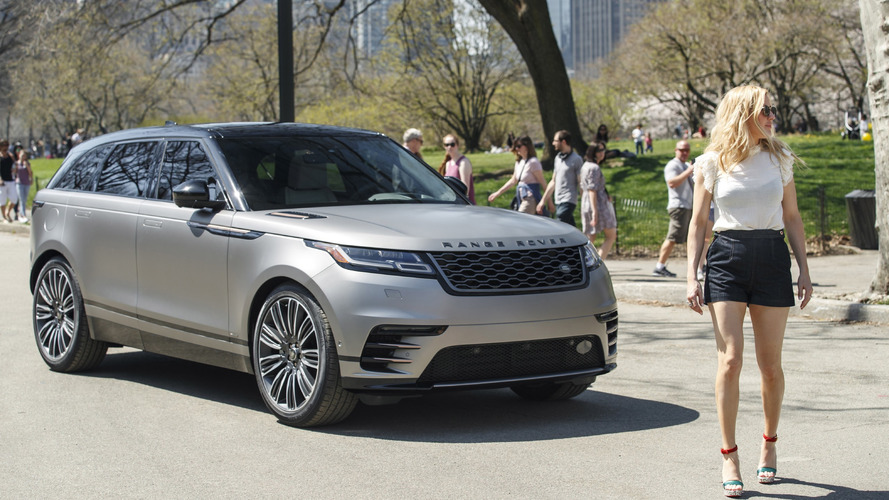 Ellie Goulding hopes you will love the Range Rover Velar like she does after helping out Land Rover host the U.S. premiere of the posh midsize SUV this week. Arriving today at the New York Auto Show, the new Velar slots between the Evoque and Range Rover Sport in the company’s lineup and can now be ordered in the U.S. where it kicks off from $49,900 MSRP (excluding $995 destination & handling).

The 30-year-old singer born in Hereford, U.K. performed live at Hearst Plaza, Lincoln Center in the Big Apple and the show was broadcasted online for the whole world to see. She was one of the first to get behind the wheel of the Velar during the model’s U.S. launch party organized in Manhattan, considered by Land Rover as being the “Metropolitan home of Range Rover.”

Tomorrow, the pop superstar will attend a charity auction at the East Side House Settlement Annual Gala organized at the Jacob Javits Center where a 2018 Velar will be auctioned. All proceeds from the sale will be directed to the East Side House Settlement, which is a non-profit organization responsible for providing education and social services in the Bronx and north Manhattan areas. Land Rover points out the winning bidder will be among the first customers to take delivery of the plush SUV.

If you’re willing to go crazy with the optional goodies, the most expensive Velar money can buy is going to set you back a hefty $103,265. For those eager to get their hands on the luxurious SUV as soon as possible, there’s a First Edition offered for a limited amount of time from $90,295 exclusively with the V6 and massive 22-inch wheels.

Deliveries in the U.S. of A. are programmed to commence towards the end of summer.

Ellie said, “I have always been a big Range Rover fan and it was a pleasure to be a part of its launch here in the US. Even more rewarding to be supporting a local charity that improves over 10,000 lives every year in one of my favorite cities.”

A Range Rover Velar will be auctioned at the East Side House Settlement charity gala, at the Jacob Javits Center on Thursday 13 April, in advance of the 2017 New York International Auto Show. The winning bidder will be among the first customers in the world to take delivery of the highly coveted new vehicle. The New York-Metropolitan area remains the world’s biggest Range Rover market.

Proceeds from the gala will benefit the East Side House Settlement, a non-profit organization providing education and social services in the Bronx and north Manhattan. The 2017 gala will mark the second occasion that Jaguar Land Rover North America, LLC has served as sole sponsor of the event, which last year saw a First Edition Jaguar F-PACE sell at auction for $101,000 and raised a grand total of nearly $500,000 in support of East Side House Settlement.