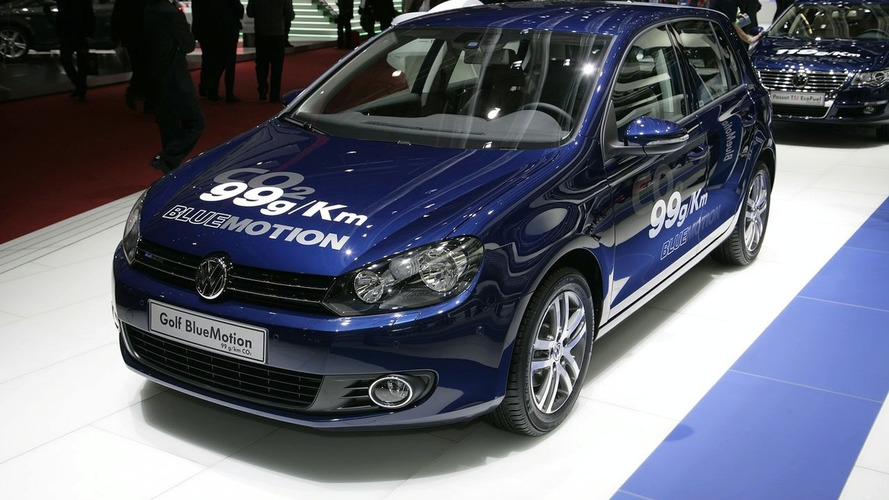 Volkswagen announced expansions to its diesel and natural gas vehicle fleet at Geneva, including the Polo BlueMotion Concept.

If high-horsepower exotics are what it takes to make you happy, this is not the Geneva reveal for you. While the show was rich with supercars and fanciful concepts, Volkswagen kept things sensible by introducing five down-to-earth, production-ready concepts under its new BlueMotion Technologies badge. Collecting all of VW's fuel-saving and emissions-reducing technologies under a single badge (a marketing trick similar to Ford's EcoBoost), it also shows how Volkswagen's working to increase its vehicles' cleanliness and efficiency across the board.

Next up is the Golf BlueMotion, which uses the same technologies as the Polo BlueMotion Concept. The larger Golf is a more versatile vehicle whose 1.6 liter TDI producing 77kW/105 PS and 250Nm torque make it useful for both city-dwellers and long-distance drivers. The Golf BlueMotion still returns 3.8 l/100km (74 mpg Imp) fuel economy and 99 g/km emissions. The same powertrain has been applied to the high-roofed Golf Plus, resulting in a .5 liter fuel economy savings over the previous version. The Golf Plus BlueMotion offers 4.3 l/100km (66 mpg Imp) fuel consumption, and its 55-liter fuel tank gives it a range of 1100km (684 mi) or more.

A slightly different take is offered by the Touran TSI EcoFuel. This high-efficiency work van is powered by natural gas, rather than diesel fuel. Now with a "Twincharger" turbo- and supercharging system installed, it's got 110kW/150 PS under the hood. With its standard six-speed transmission, the Touran TSI EcoFuel keeps consumption down to 4.8 kilograms of natural gas per 100km. Opt for the seven-speed DSG and consumption drops slightly to 4.7kg.