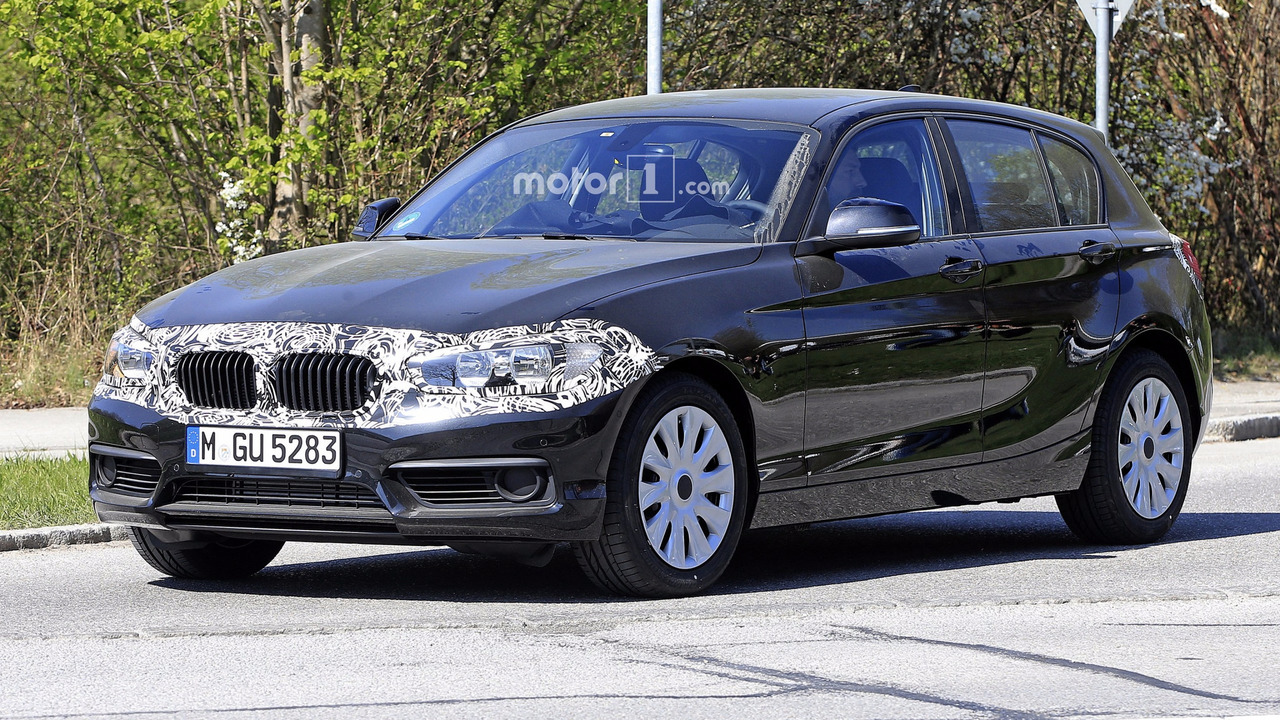 Here is something you don't get to see every day: a BMW with steel wheels and hubcaps.

They say you can’t teach an old dog new tricks, but BMW wants to show its entry-level model can still evolve despite the fact it has been around since the end of 2011. A major facelift was introduced a couple of years ago bringing some effective revisions to the car’s rather ungainly exterior styling. The second Life Cycle Impulse the Bavarians are preparing for the 1 Series has been spotted this week in Germany ahead of an official reveal likely to occur several months from now.

Read about the next-gen model:

With BMW already testing the all-new 1 Series, it likely means this subtle facelift will be short-lived. This would explain why the cosmetic refreshes are going to be kept down to a minimum judging by the light amount of camouflage used. Only the headlights and taillights are going to be subjected to a nip and tuck, while the area around the kidney grille might also go under the knife.

The test vehicle had a black piece of cloth on top of the dashboard, thus suggesting the premium hatchback will also be revised a little bit inside the cabin. Our money is on an up-to-date iDrive infotainment system and possibly other updates, but nothing to write home about. BMW might offer some new trim options and additional safety and assistance systems to keep the 1 Series desirable until the arrival of the third generation.

Speaking of desirability, some people might actually find the current car more appealing and rush in and get it while they still can seeing as how its replacement is expected to be downgraded to a front-wheel-drive layout. Aside from going FWD, the new one might be offered only with three- and four-cylinder engines like the UKL-based 2 Series Active Tourer minivan, which would mean today’s six-cylinder M140i will cease to exist.

BMW might unveil the 1 Series’ (F20 & F21) second facelift just in time for the Frankfurt Motor Show in September. As for its successor, don’t expect to see it sooner than late 2018 / early 2019.