Does The Range Rover Velar Look Better With a Wide-Body Kit?

Lumma Design seems to think so.

As beautiful as the new Range Rover Velar is, we knew it would only be a matter of time before tuners got their hands on one. In this case, Lumma Design out of Germany gave the latest Range Rover a digital makeover before sending it out in the real world.

It’s called the Lumma CLR GT Limited Edition, and like other Range Rover projects before it, it tacks a wide body kit onto the body of the new Velar. Love it or hate it, it’s definitely unique, and finished off by a forest green exterior, it gives the Range Rover a new, distinctive look. 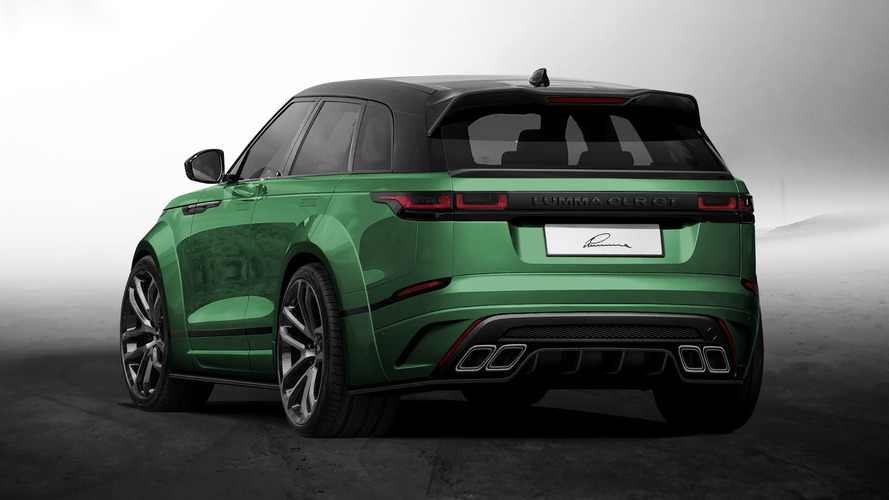 The body kit is accented by a more pronounced grille and front fascia finished in carbon fiber. The hood vents and side vents also get the carbon fiber treatment, while the roof is painted in a jet black finish. The wheels, meanwhile, are a custom set of Lumma designed allows that accent the aggressive new package.

The rear also gets a new set of distinctive features, including quad exhaust tips, a carbon fiber rear diffuser, and a carbon fiber spoiler. Naturally, the Range Rover logo has been replaced with the "Lumma CLR GT" logo – the package celebrating 30 years of the shop’s heritage.

Lumma Design hasn’t said how much it will all cost on top of the price of the base Velar, but don’t expect it to be cheap. The new Range Rover Velar starts at just $50,895 in the U.S., but can be optioned all the way up to $103,265. Complete Range Rover Sport packages from Lumma start at just over $100,000.

Launched at the recent Geneva Motor Show, the Range Rover Velar slots in between the Evoque and Range Rover Sport. The fourth and sportiest model Range Rover variant is sure to ensure many conquest sales. The excitement created by the Velar immediately rubbed off on tuning specialists LUMMA Design, who celebrate their 30th Anniversary this year. Just days after the Velar made its Geneva debut, LUMMA presented a wide-body design study under their LUMMA CLR GT label. The process of translating this design concept into reality will take until the end of 2017 when the production LUMMA CLR GT will be available as a limited edition 30th Anniversary model that is sure to sell out quickly. The exterior design of Range Rover’s latest premium SUV takes the established design motifs to new heights. The distinctive proportions of a blunt nose with strongly etched radiator grille, squat falling roofline, retractable door handles and integrated rear spoiler, are applied to a new bodyshell with very clean surfaces devoid of crease lines. LUMMA Design’s Widebody conversion gives the new sporty Range Rover SUV an extra dose of self-confidence. The conversion begins at the front, where the distinctive front spoiler and mesh inserts give the car a more aggressive face.