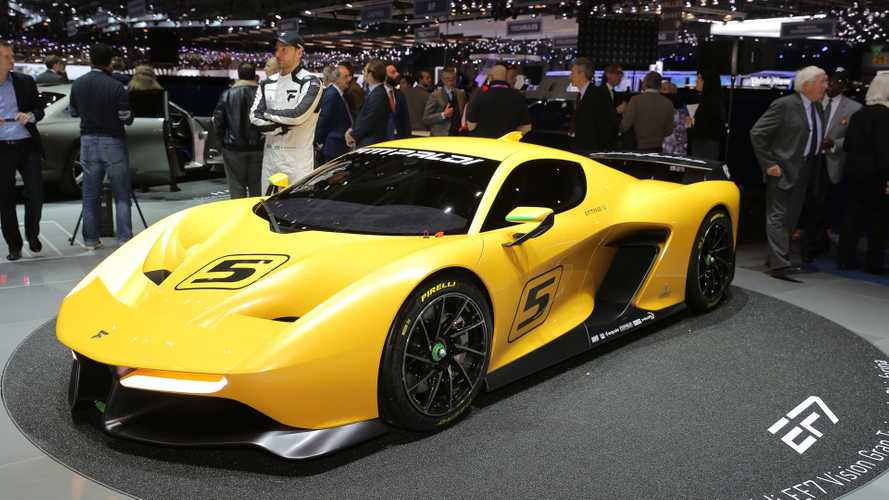 Only 39 cars are ever going to be made. Road-legal conversion is being considered.

Combining Emerson Fittipaldi’s expertise with Pininfarina styling and HWA’s engineering, the EF7 is shaping up to be a match made in track car heaven. It’s a pure machine in the sense that it doesn’t have turbochargers, superchargers, or any sort of electrical assistance.

By deciding to go with a naturally aspirated V8, the engineers were able to keep the weight down to a remarkably low 1,000 kilograms (2,204 pounds). The 600-hp engine itself tips the scales at a mere 197 kg (434 lbs). The carbon fiber monocoque also played an important role in the quest to keep the car as light as possible for ultimate performance.

Should you be interested in claiming one of the 39 units programmed for production, Emerson Fittipaldi has told Automotive News the EF7 track toy costs $1.5 million. There’s not going to be a dealer network, so prospect buyers will have to get in touch directly with the company to claim one. All of them are going to be manufactured by HWA at its facility in Stuttgart and there aren’t going to be two cars alike since each one will be customized to mark one of Fittipaldi’s race wins.

Fittipaldi says the EF7’s design takes inspiration from sharks and Pininfarina was able to reproduce that by giving the track-only beast an angular body with a pointed front fascia. Those fortunate enough to own one will have to travel to HWA in Germany where the engineers will take molds of the driver to make sure the fixed seats will be a perfect match.

While at first the EF7 will be strictly confined to the track, the company says it will analyze the prospects of coming out with a road-legal conversion once production of the 39 cars will come to an end. Deliveries are slated to kick off in about a year from now and focus is going to be on the U.S. market where Fittipaldi believes half of the cars will be sold.