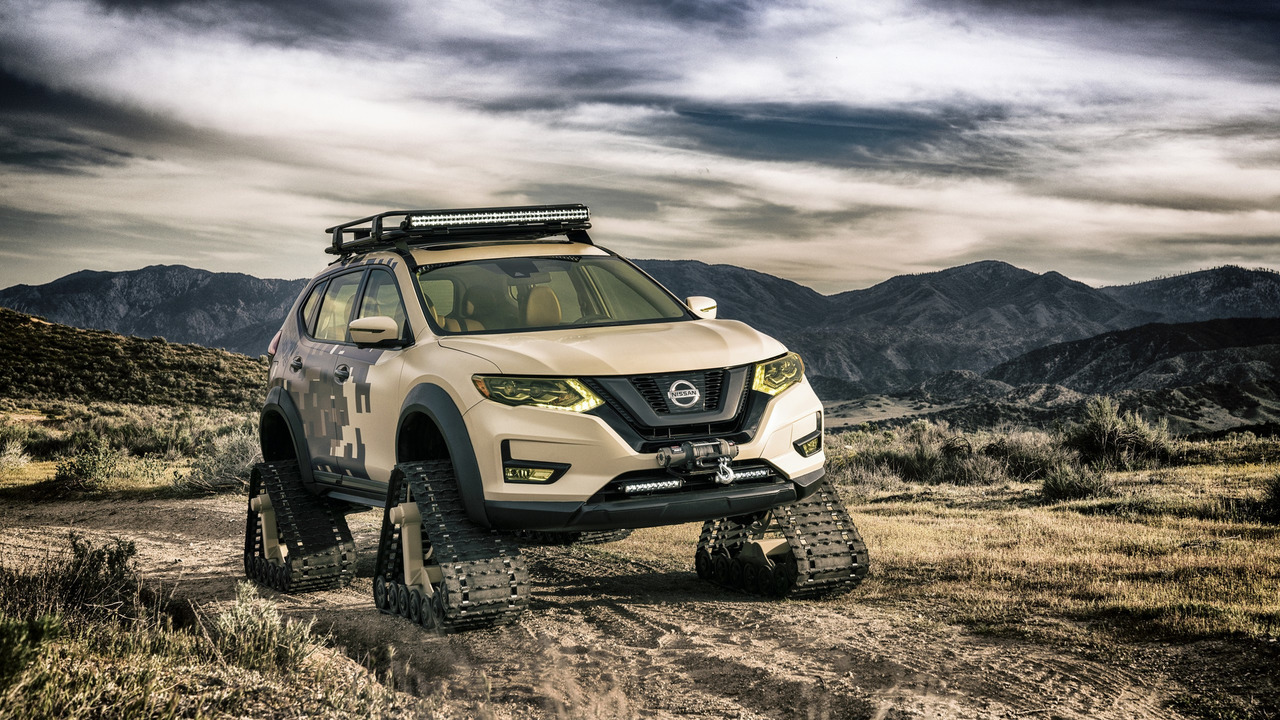 This one-off Rogue can go where no other Rouge has gone before.

For the Chicago Auto Show held in February, Nissan decided to slap on wings and guns onto its Rogue to mark the company’s tie-up with Star Wars by doing an X-Wing-themed version of its popular crossover. For the upcoming New York Auto Show, the Rogue has once more been subjected to several changes and this one too will remain strictly as a one-off.

Gone are the conventional wheels and tires as instead Nissan has installed a set of Dominator Tracks to create what is arguably the most competent Rogue out there, capable of tackling just about any type of terrain there is on Earth. Measuring 48 inches (122 centimeters) long, 30 inches (76 cm) high, and 15 inches (38 cm) wide, the imposing tracks brought along some hardware changes as the engineers had to modify the suspension and enlarge the wheel wells to accommodate the new beefier shoes.

For extra badassery, the Rogue showcar wears a full camouflage body wrap to match the khaki tracks and the military-style yellow tint applied onto the headlights and on all of the windows. Nissan went to the trouble of installing an extra set of LED lights onto the roof where there’s also a gear basket. If by any chance it gets stuck, there’s a handy winch to unblock the unique Rogue.

There aren’t any changes underneath the hood, which means the Trail Warrior utilizes the same four-cylinder 2.5-liter engine producing 170 horsepower and 175 pound-feet of torque delivered to the tracks through the standard continuously variable transmission.

The one-of-a-kind Rogue will celebrate its public debut later this week in New York where it will share the spotlight with the 370Z Heritage Edition. The aforementioned X-Wing Rogue will also be there, along with another special Rogue wearing a custom paint resembling the flight suits of the X-Wing pilots.

Check out our review of the Rogue, sans the tracks: