Is This The Jeep K8 Hybrid Concept? 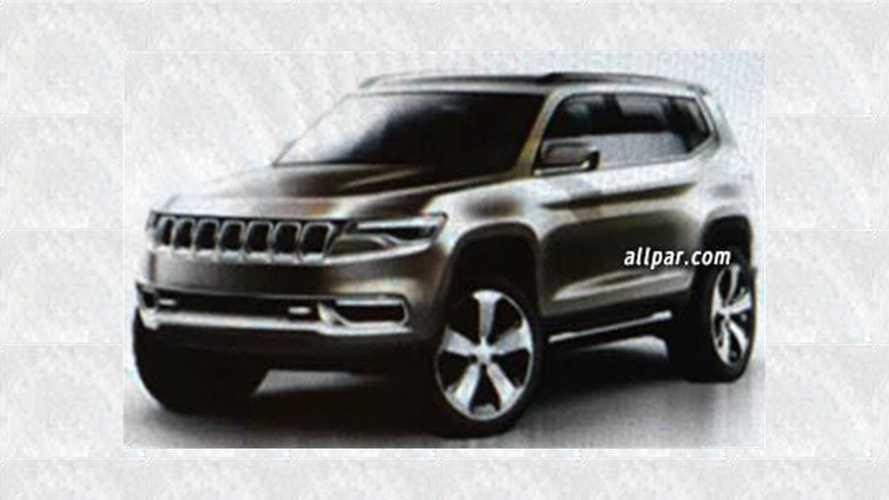 It might be a three-row Cherokee with an extended wheelbase.

A couple of rather mysterious teaser images of a Jeep emerged onto the Internet last week to announce the concept’s debut at Auto Shanghai 2017 in China. Now, two design sketches just as intriguing have escaped onto the World Wide Web to show what is believed to be the K8, a concept equipped with a hybrid powertrain. Word on the streets says it serves as a preview for a China-focused SUV destined to go sale in the not too distant future.

Although the quality of the adjacent pics is quite bad, the latest sketches do allow us to take a better look at the supposed Shanghai-bound concept. Judging by the shape of the headlights and taillights, we’re probably looking at a Cherokee-based model. As a matter of fact, prototypes of a long-wheelbase Cherokee have been spotted recently undergoing testing on public roads, so this concept might preview the production model set to take the shape of a three-row Cherokee. If that’s correct, it will be more of a 5+2 model rather than a full seven seater considering the two rearmost seats will probably be suitable only for kids.

The Cherokee is already being built in China to cater the local market, so it would make sense for Jeep to stretch it for the People’s Republic where customers put a great emphasis on the amount of space available inside the cabin. Considering China is Jeep’s biggest market after United States, it seems like a wise business decision to come up with a stretched Cherokee.

We will know what’s what in a matter of days as the Auto Shanghai will open its doors on April 19th, but an online reveal might occur a few days sooner. It remains to be seen whether this will be a China-only product or it will also be sold in other areas around the world.