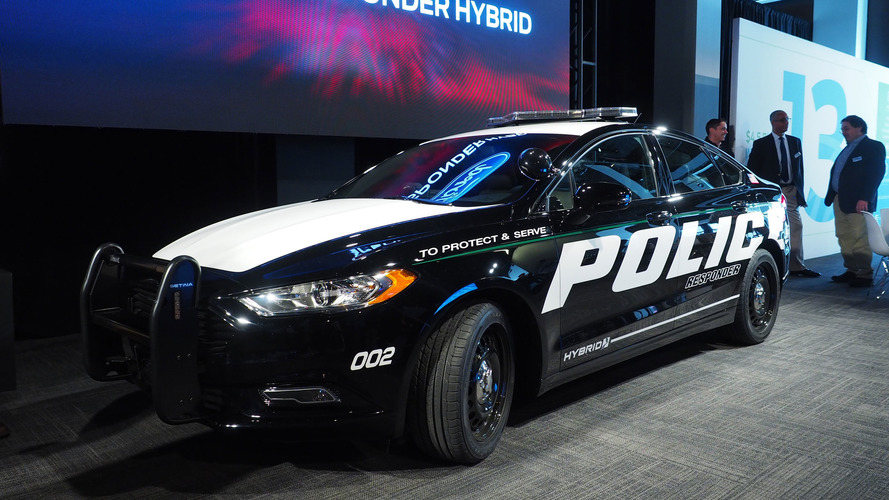 Can be driven solely on electric power at speeds of up to 60 mph.

Taking into account the sheer amount of police cruisers out on the streets, even the smallest improvement in fuel economy is going to significantly reduce operational costs. In this case, the difference between the Taurus-based Police Interceptor and the new Police Responder Hybrid Sedan is anything but insignificant. The old V6-powered sedan does an EPA-estimated 18 miles per gallon whereas the newcomer has more than twice the combined gas mileage, with Ford saying the car will do 38 mpg.

Aside from being considerably thriftier in the combined cycle, the new police car is also going to be more economical while idling. Its lithium-ion battery pack will diminish the engine run time and will provide the necessary power to save an estimated 0.27 gallons of fuel per hour. While that might not sound much, Ford has done the math and estimates this will enable fuel savings of around $3,900 each year per vehicle compared to the Police Interceptor.

While hybrid police cars have been around for quite a while, the Ford Police Responder Hybrid Sedan still marks a premiere since it’s the first of its kind to boast pursuit rating. It means the new Fusion Hybrid-based police car is competent enough to handle extended police pursuits at various speeds and overcome a multitude of obstacles, such as flooded intersections.

The vehicle has gone through a few changes during its transition from a regular Fusion Hybrid to a pursuit-rated hybrid police car. The Blue Oval’s engineers have fiddled with the powertrain and now the car can be driven in pure electric mode at speeds of up to 60 mph (96 kph). When necessary, the car’s computers will automatically engage a maximum performance mode by unlocking the full potential of the combustion engine and electric motor.

Ford will open the order books this spring and will kick off deliveries to police departments all over United States next summer. 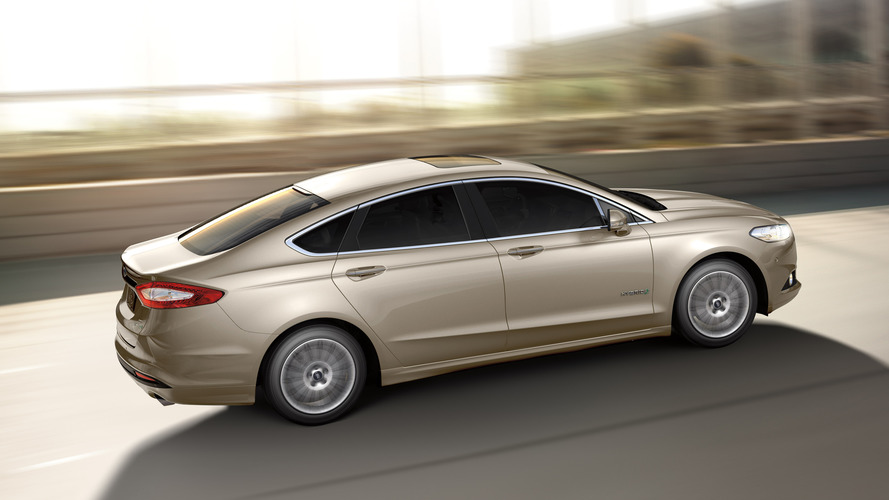 The industry’s first pursuit-rated hybrid police car, the all-new Ford Police Responder Hybrid Sedan, is part of a $4.5 billion Ford investment to make electric vehicles that give customers greater capability, productivity and performance – plus better fuel economy. The plans are part of Ford’s expansion to be an auto and a mobility company, including leading in electric and self-driving vehicles, and new mobility solutions.

“Electrifying our next generation of vehicles is core to our unwavering commitment to sustainability,” said Joe Hinrichs, Ford president, The Americas. “By being a leader in electrified vehicles, we remain committed to delivering cars, trucks and SUVs that are better not only for our customers, but for the environment and society as well.”

Growing global demand
As growing urban populations are overwhelming transportation systems and compromising air quality, first-time car buyers – including 50 percent of U.S. millennials – say they are interested in purchasing an electric car, according to a poll conducted by the Consumer Federation of America.

In fact, Ford predicts the auto industry will offer customers more hybrids, plug-in hybrids and fully electric vehicles than gasoline-powered vehicles within the next 15 years.

Ford partners with cities
Ford sells the most police vehicles in the United States, with 63 percent market share. The company has been partnering with cities on custom law enforcement vehicles since the days of the Model T.

The Police Responder Hybrid Sedan will help cities decrease emissions and offers the potential for significant fuel savings, both while driving and while idling. While driving, Ford’s patented hybrid technology is projected to provide EPA-estimated combined gas mileage of 38 miles per gallon – more than twice that of today’s Police Interceptor with 3.7-liter V6 with EPA-estimated 18 mpg combined. Actual mileage will vary. Final EPA-estimated ratings are not yet available.

While idling, the Police Responder Hybrid Sedan’s lithium-ion battery helps power the high electrical loads of a police vehicle, reducing engine run time and saving an estimated 0.27 gallons of fuel per hour. Police Responder Hybrid Sedan customers could see nearly $3,900 a year in potential fuel savings per vehicle relative to the Police Interceptor, if a police vehicle is driven 20,000 miles per year, runs two shifts per day, 365 days per year, idles 4.9 hours per 8-hour shift, and is fueled at an average gas price of $2.50/gallon. The Ford Police Responder online fuel calculator enables customers to determine how much they may potentially save.

The new vehicle will be the first hybrid sedan with full pursuit capabilities. That means the car is certified by police agencies to be tough enough to handle police pursuits for longer periods at different speeds and over obstacles such as curbs and flooded intersections.

The Police Responder Hybrid Sedan uses an efficient Atkinson-cycle 2.0-liter engine with an electric motor fed by an advanced lithium-ion battery. The hybrid is calibrated for law enforcement’s unique duty cycle and will run in battery-only mode up to 60 mph. The car automatically switches to maximum performance – with the engine and battery working at peak acceleration levels – when needed.

“Our mission to create safe and healthy communities in Los Angeles is achieved through sustainable approaches in community policing, and that includes embracing new technologies,” said Charlie Beck, Los Angeles Police Department Chief. “Patrol vehicles are a police officer’s office, and we expect them to not only be economically and environmentally efficient, but also an effective tool for fighting crime in major metropolitan areas.”

The Police Responder Hybrid Sedan can be ordered this spring and will be delivered to police departments nationwide next summer.

This year, Ford also is testing a fleet of 20 Transit Connect hybrid taxi and van prototypes in demanding traffic conditions in New York and several other major U.S. cities.

Moving the needle in China and Europe
Ford also is aggressively expanding its electric vehicle lineup in China. The company just announced that, by 2025, 70 percent of the vehicles it sells there will be electrified.

In addition, Ford is introducing the Mondeo Energi plug-in hybrid and an all-new fully electric small SUV with projected EPA-estimated range of at least 300 miles to customers in China.

In January, Ford announced a multimillion-pound project designed to help improve air quality in London. Ford is providing 20 Transit Custom plug-in hybrid vehicles to a range of fleets to explore how these commercial vans can contribute to cleaner air targets, while boosting operator productivity in urban conditions. The project is supported financially by the U.K. government-funded Advanced Propulsion Center.

“Innovative services can be as important to customers as the electric vehicles themselves,” said Hau Thai-Tang, Ford group vice president, purchasing, and the company’s electrification champion. “We are investing in solutions to help private customers as well as commercial fleet owners seamlessly incorporate these new vehicles and technologies into their lives.”

Ford has a memorandum of understanding with several automakers in Europe to create an ultrafast charging network projected to be significantly faster than the most powerful charging system deployed today. An initial target of about 400 sites in Europe is planned. By 2020, consumers should have access to thousands of high-powered charging points.

Ford also is piloting wireless technology on company electric cars in the United States and Europe to make recharging as easy as pulling into a parking spot, so drivers never forget to recharge. Wireless recharging extends electric-only range for short-distance commuters, even during quick stops. FordPass® also can help consumers find charging stations.