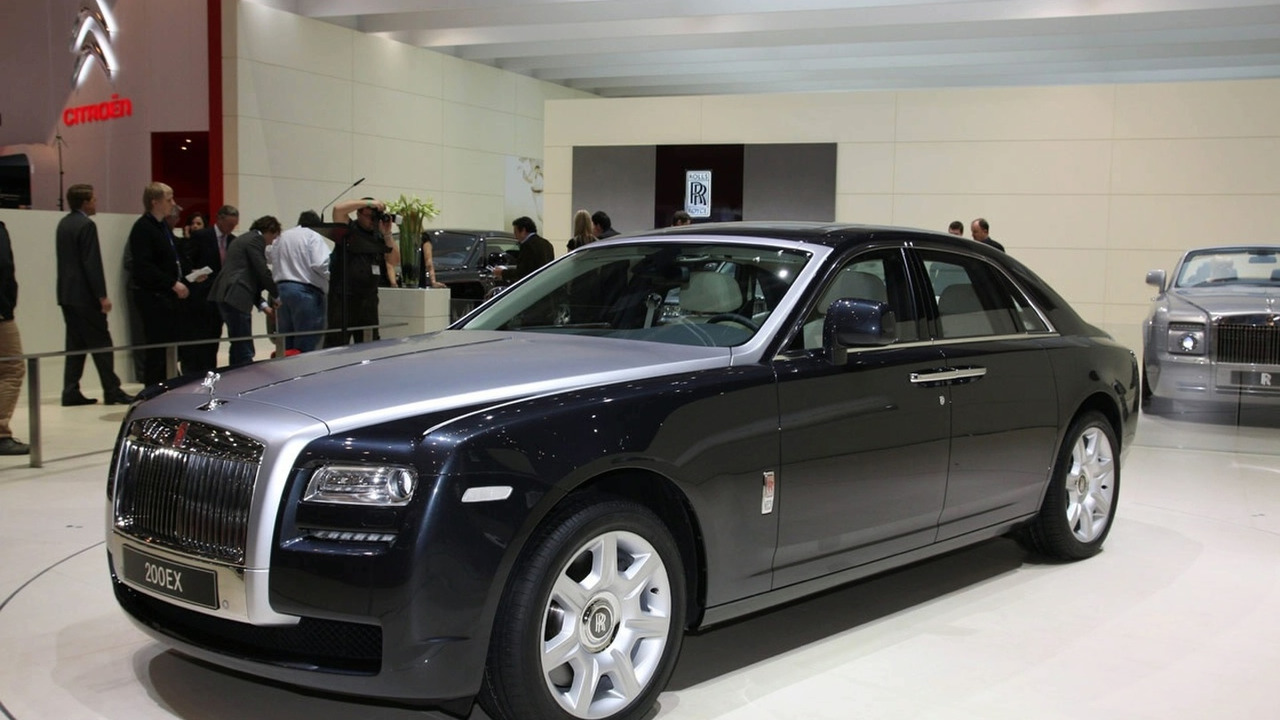 Rolls Royce brought out the 200EX concept saloon at Geneva. The long car has the same comfort as a Phantom, at a third of the price.

Rolls-Royce brought out the new 200EX concept as expected. If produced, the £180,000 saloon has the same level of luxury as a RR Phantom, but at a significantly lower cost.

The 200EX keeps passengers riding in comfort on the same wheelbase BMW uses on the 7-Series. The two vehicles will share several build characteristics as a result. Similar air springs to the ones found on the Phantom will be used to keep that same "waftability" the label is known for. Body will be constructed mainly from steel, likely making the car a bit safer in side-impact crashes.

Passengers in back will have quite a bit of legroom, thanks to the 5.4-meter overall length. They will use the BMW V12 engine mated to a seven-speed automatic transmission. An infotainment system will likely wind up on the car should it go to production.