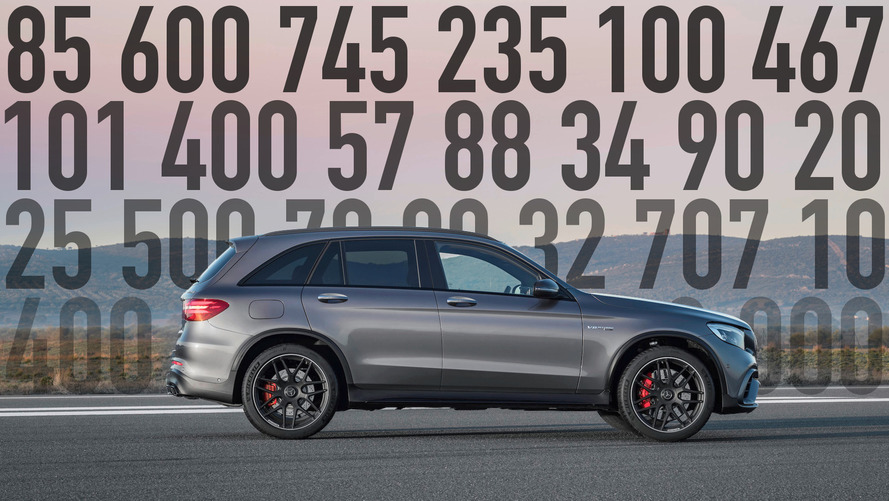 From a hot AMG to a reimagined Mini, take a look back at some of the most eye-catching numbers of the week.

Numbers are all around us – whether we're breaking down the performance of a Ferrari 488, or comparing the price of a Model S to a Mercedes. Every week we pick out a few numbers that are so significant we have to give them a second look. Today we’re looking at key figures from Mercedes-AMG, Volkswagen, and Honda.

Combined mileage on two Buick Grand Nationals recently found for sale in Oklahoma. The cars have barely been driven at all, with one car’s odometer showing 807 miles and the other showing just 592. The purchaser plans to restore the Buick to display at various car shows.

The difference, in horsepower, between the European-spec Volkswagen Golf R and the American model. A new report says the R’s turbocharged engine will get new programming to increase boost and thus bump power from 292 hp to 306 hp. Sadly, these upgrades are reportedly not coming to the U.S. market.

How much more torque, in pound-feet, the 2017 Honda Civic Si will offer compared to its predecessor. That’s courtesy of a 1.5-liter turbo-four engine, which makes the same 205 hp as the outgoing 2.4-liter inline-four Si engine. Honda also says the new Civic Si is lighter than before.