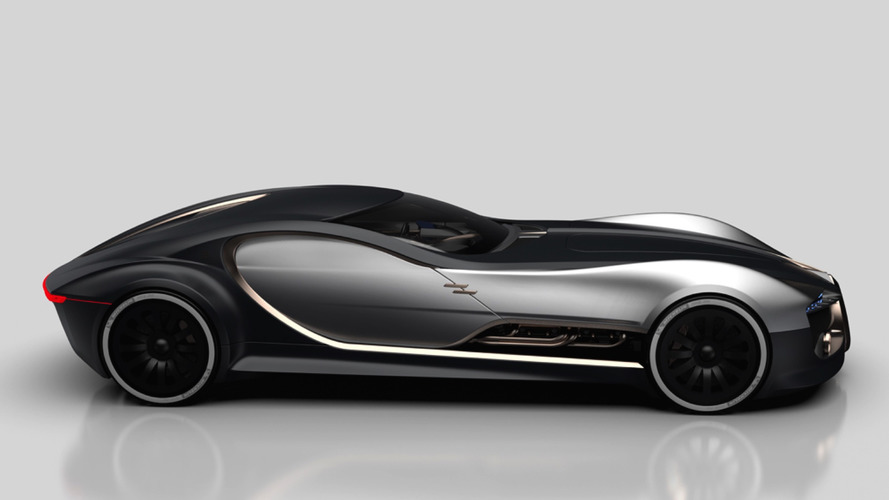 Too bad it's just a rendering.

The new Bugatti Chiron is a near 1,500-horsepower (1,118-kilowatt) hypercar of epic proportions. We should know, we’ve driven it. But well before the Chiron, Bugatti built the Galibier concept – essentially a Veyron with four doors. While it never did make its way to production, one artist has an idea for bringing back the grand touring spirit found in Bugatti vehicles of yore.

The Bugatti Type 57 T concept was created by Palestinian automotive artist and exterior designer Arthur B. Nustas. It blends many of the modern cues you’ll find on the new Chiron with the classic lines of cars like the Type 57SC Atlantic.

The long, sweeping hood suggests the concept would have a front-engine, rear- or all-wheel-drive layout, opposed to the Chiron’s mid-engine, all-wheel-drive setup. Similar to the Galibier concept we saw back in 2009, the Type 57 T would be built for cruising, in close competition with grand touring cars like the Rolls-Royce Wraith and Bentley Continental.

The interiors sees much of the same dramatics in its design, including the central “spine” that splits the cabin, and plenty of leather and rose gold finishes to give it a more upscale feel. The final touches come on the front grille, the number "09" is embedded into the central feature and acts as a focal point, flanked by two unique fog light fixtures.

No matter how much you beg, Bugatti most definitely won’t bring a car like this into production… at least not yet. Already the company has sold half of the number of Chirons that it plans to sell in total, each at a cost of around $3 million, making it one of the most expensive cars you can buy. If you can’t afford to buy the real thing, you can always head to the Amalgam shop and pick up this expertly detailed 1:8 scale model.