Ferrari Dino Rumors Persist, And So Do The Renders

This is the Ferrari Dino that will probably never happen.

Rumors of a reborn Ferrari Dino have been years – nay, decades in the making. Ferrari’s CEO even hinted back in 2015 that a V6-powered, entry-level model could make its way to production. But so far, the company has yet to make any of it official.

For now, we’ll have to make do with renderings. The latest of which comes courtesy of artists at Maltese Design by way of Italian publication Trazione Posteriore. In line with previous reports, it uses the 488 as its base, and though it doesn’t stray much from the factory design, there are some distinguishing cues that give it a more unique look. 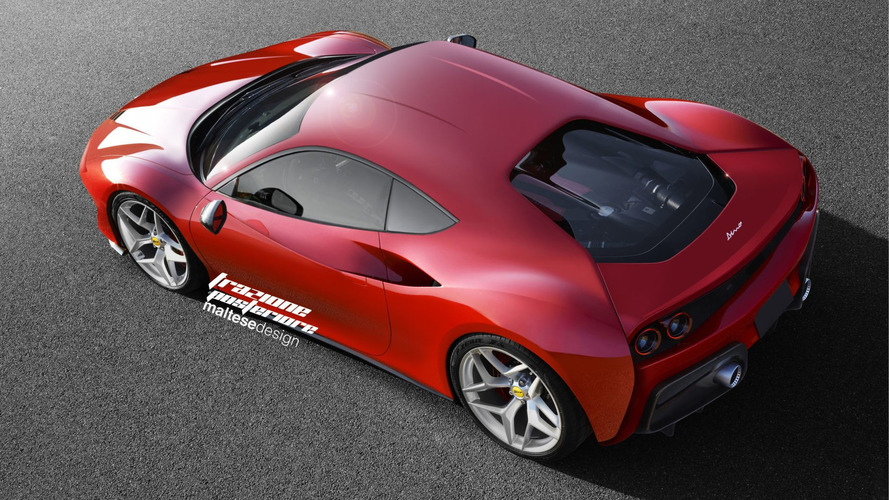 The front fascia gets a significantly smoother upgrade, likening back to the design of the original. Most of the side features remain unchanged from the 488, sans mirrors and wheels, while the rear gets four rounded taillights, and a diffuser than spans the length of the trunk. Overall, it presents a pretty lovely package.

If the Ferrari Dino ever did make its way back to production, it would use a smaller V6 and could even introduce some sort of hybrid powertrain to the mix. Recent spy shots show a Ferrari 488 mule rumored to have hybrid components, suggesting that it could bear the Dino name if produced.

But the verdict is still out on most of these details. We know that nearly all Ferrari models sold after 2019 will have some sort of hybrid element, says CEO Sergio Marchionne, so it doesn’t seem out of the realm of possibility. For now, buyers will have to make due with the standard 488, which produces 660 horsepower (492 kilowatts) courtesy of a 3.9-liter V8.