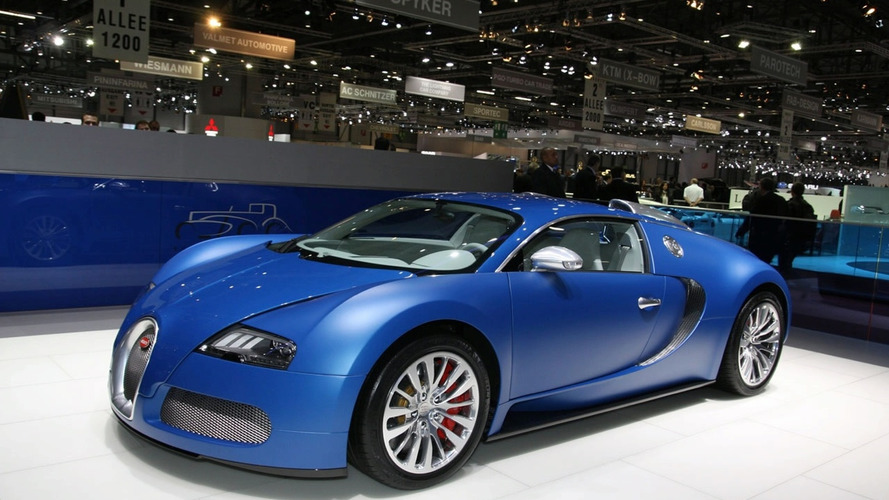 Bugatti has officially pulled the wraps off their 100th anniversary celebration by unveiling the new limited Veyron Bleu Centenaire at the Geneva Motor Show.

Bugatti has officially pulled the wraps off their 100th anniversary celebration by unveiling the new limited Veyron Bleu Centenaire at the Geneva Motor Show. Created as a one off anniversary model, the Bleu Centenaire features a unique exterior as well as Bugatti's awe-inspiring 8.0-liter 16 cylinder quad-turbocharged engine which produces 1001 hp and 1250 Nm of torque.

Befitting of such a bespoke model, the interior features exclusive snowbeige leather seats with quilting and a leather-wrapped center console.

The new model also marks the debut of several new items such as LED lighting, park distance control and a rearview camera that will become standard across the Bugatti lineup.

The company also included new information about the Veyron's production status by stating that they delivered nearly 200 out of the 250 cars that have been ordered so far. This means that only 50 more Veyron's will be produced, effectively signaling the end for what is perhaps one of the greatest automotive achievements many of us will see in our lifetime. On a lighter note, production of the new Bugatti Veyron Grand Sport will start this April and over its lifetime only 150 units will be built.