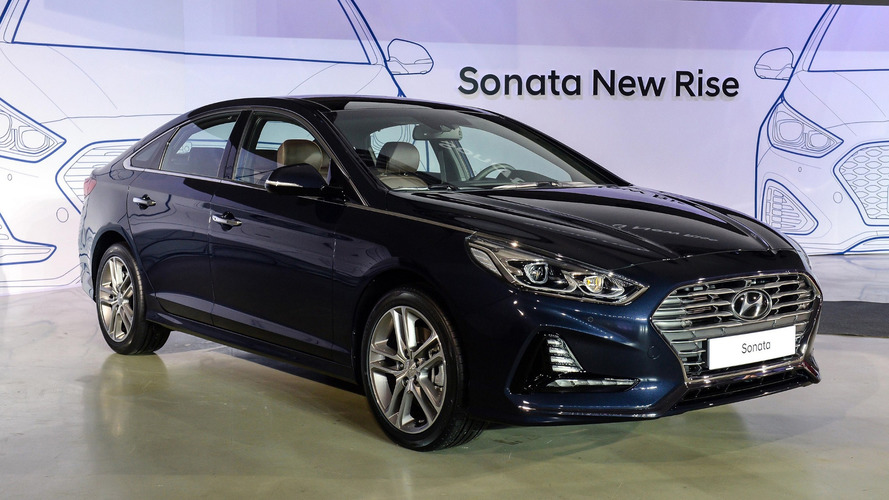 Expect the same visual updates as on the Korean-market version.

Hyundai will introduce the refreshed 2018 Sonata midsize sedan at next week’s New York Auto Show, officials confirmed today. Though we have no other details so far, we’re told the American model will closely resemble the look of the refreshed Korean-market Sonata.

Based on that, the new Hyundai Sonata will have a redesigned front grille, new LED running lights, redesigned taillights, and a new trunk badge that doubles as the opening handle. Interior tech goodies include wireless phone charging, 7- or 8-inch infotainment displays, more USB charging ports, and a new leather-wrapped steering wheel.

Hyundai said in a press release that the car would show off, “Hyundai’s new ‘Cascading Grille’ that will be used across models.”

Stay tuned for the Sonata’s official reveal at 1:15 p.m. Eastern on Wednesday, April 12. Until then, take a look at the Korean-market 2018 Hyundai Sonata in the photo gallery below.