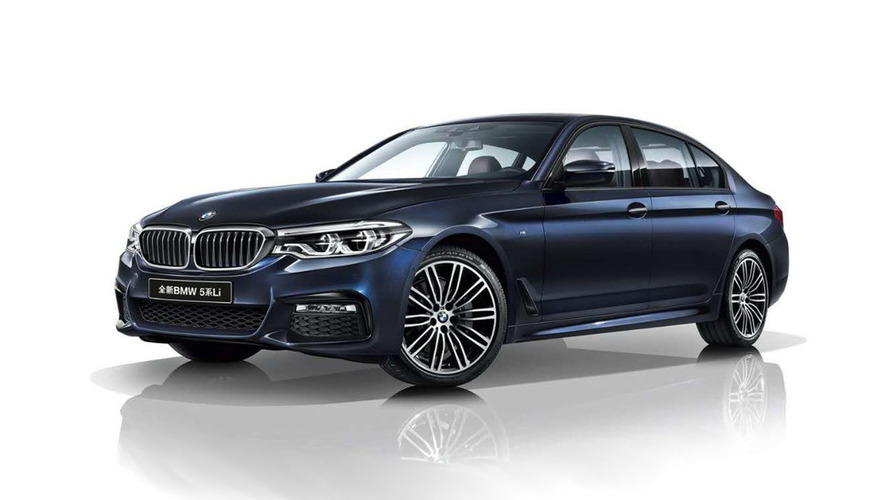 It's a China-only affair, at least initially.

BMW will use the upcoming 2017 Auto Shanghai to present the newest addition to its Chinese lineup. The 5 Series Li is a long wheelbase version of the premium sedan that will be, at least initially, offered exclusively in the People's Republic.

Longer by 5.2 inches (13.3 centimeters) than the standard 5 Series, the new Li version is lightly shorter than the 7 Series. All the extra space will go for the passengers at the back, which will now benefit from additional leg room.

BMW will offer the vehicle in a Luxury Line trim level, which features Nappa leather, Bowers & Wilkins audio system, two 10.25-inch screens mounted on the front headrests, and a tablet integrated into the rear armrest serving as a control center for most of the car’s infotainment functions.

In addition to the Luxury Line trim, the new 5 Series Li will be available with an optional M Sport aerodynamic package. It comes with all the usual M Sport bits, including different bumpers, larger wheels, side skirts, and a rear diffuser.

According to CarNewsChina, the 5 Series Li will hit the Chinese market in Q3 of 2017 with prices ranging from 450,000 to 750,000 yuan (approximately $65,300 – $108,715 at the current exchange rates). So far, the Bavarian company hasn’t said anything about the possibility of launching the model outside the country.

Source: BMW via CarNewsChina and BitAuto