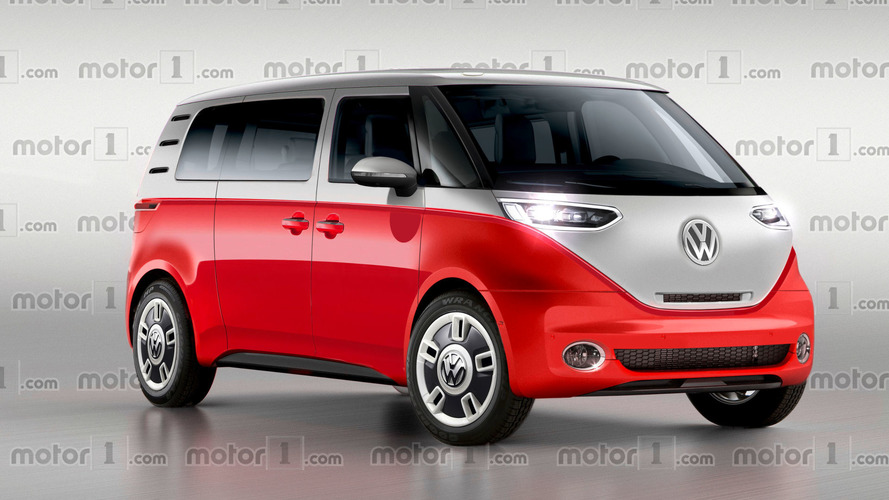 Look for a new Microbus by the end of the decade.

This year marks the 70th anniversary of the legendary Volkswagen Bulli people-carrier. The story of the Transporter begun with a sketch of a vehicle type that did not exist at that time anywhere in the world. During the Geneva Motor Show earlier this year, VW celebrated the anniversary with a special edition Multivan, and now it’s time to take a look into the future of the vehicle.

This new exclusive rendering by our colleagues at OmniAuto shows a possible, and very cute, look for the next generation Bulli. The concept mixes retro lines inspired from the 1950s with the shapes of the Budd-e study, revealed last year. Think of it as a modern-day interpretation of the Microbus, in the same way the New Beetle rethinks the design ideas of the classic Bug.

Given Volkswagen’s intentions to enter the new decade with a series of electric vehicles, it won’t be a surprise if the new Bulli ends up being powered by a purely electric system. Based on the MEB platform, it could feature batteries located under the floor, saving interior space and giving the vehicle lower center of gravity. According to some rumors, the bus will be able to travel up to 186 miles (300 kilometers) at a single charge.

If you like what you read and see so far, then we have more good news – an Budd-e-inspired production model was already confirmed for production and will arrive by the end of the decade. It will be one of more than 30 electric and hybrid cars that will be launched by Volkswagen in support of the TOGETHER - Strategy 2025 – “the biggest change process in Volkswagen's history.”

Note: Volkswagen Budd-e concept pictured in the gallery below.

Gallery: VW Budd-e confirmed for production, will arrive in about four years