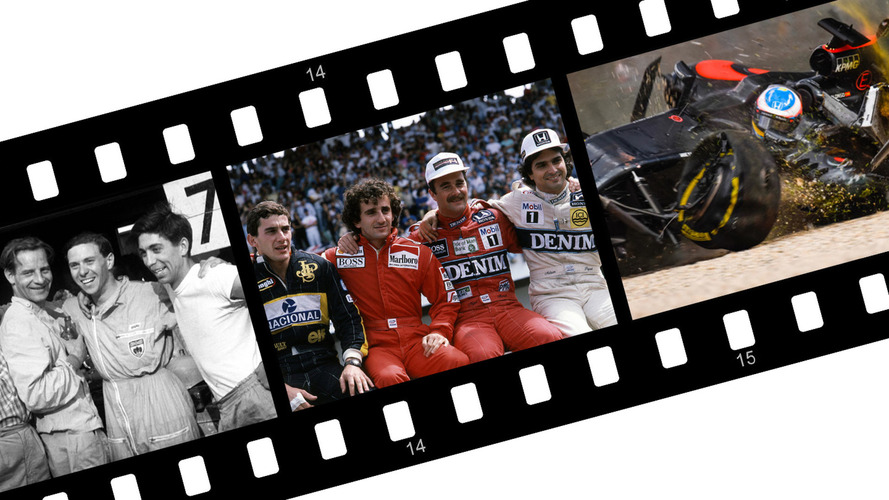 April 7th, 2017, Richmond, London. Motorsport Network, the owner of Motorsport.com and Autosport.com, today confirmed that it had acquired Sutton Images together with the Phipps Archive, adding 4 million images to complement its 2016 investment in LAT Images as part of a rolling strategy to build a photographic resource of unrivalled scale and pedigree.

The combination of the world’s two largest motoring and motorsport archives creates a powerhouse resource of 17m+ tangible assets that constitute a complete photographic record of international motorsport dating back to 1895 and represent significant financial value to Motorsport Network as a collection. Allied to the company’s existing assets that include the 8,000 technical illustrations and animations hand-illustrated by Giorgio Piola, Motorsport Network are consolidating a definitive visual record of the history of Formula 1.

The eponymous Sutton Images is reckoned to be the largest independent motorsport photo agency and was founded by Keith Sutton in 1980. Since this time, the company has grown progressively to provide contract photographic services in Formula 1 and other motorsport categories. By the late 2000’s, Suttons had amassed an extensive digital archive including a highly prized and uniquely intimate collection of photography spanning the career of Ayrton Senna.

Sutton’s contemporary Formula One library is complemented by the David Phipp’s archive that includes the work of notable photographers including Nigel Snowdon, David Winter, Pam Rowe and Duncan Cubitt. Their work adds a rich seam of iconic racing imagery from the 1960s and 1970s, tracking the paddock journeys of talismanic figures such as Colin Chapman, James Hunt, Jochen Rindt, Ronnie Peterson and their contemporaries through the halcyon days of Formula 1.

Commenting on the agreement with Motorsport Network, Keith Sutton said, “I am happy to entrust what is my lifetime’s work to the stewardship of Motorsport Network, so its value will be fully realised and the archive will be visible worldwide, ensuring that it has a great future.”

Sutton Images will continue all of its trading activities under its own identity under the management of LAT Images and between the two businesses, Motorsport Network will serve the contract photographic requirements of multiple Formula 1 teams, engine manufacturers, sponsors and circuits as well as acting as the official series photographers for a number of senior FIA championships.

Commenting on the acquisition, Motorsport.com’s Chairman, Zak Brown said, “As an integrated operation, we now have the world’s richest motoring and motorsport image archive by some margin, plus now having an extended operational capability as a specialist photo agency. This makes a persuasive case to anyone in need of any image references to the entire history of Formula 1 in particular as well as the wider automotive or motorsport sectors.”