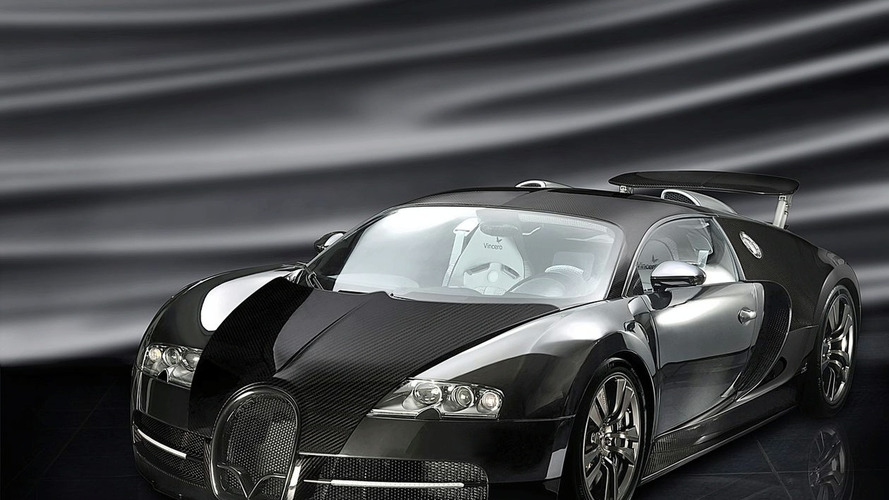 Before the Geneva Motor Show officially kicked off earlier today, rumors were floating around suggesting that Bugatti would introduce their long awaited high-performance model, but yesterday we found out the Bleu Centenaire was nothing more than a special edition to celebrate the brand's 100th anniversary. However, a slightly tuned version of the legendary supercar would indeed make an appearance at the show in the form of Mansory's new Linea Vincero Bugatti Veyron 16.4.

Power comes from a slightly modified version of the Bugatti's quad turbocharged 8.0-liter 16 cylinder engine which now produces 1109 hp and 1310 Nm of torque instead of the standard car's 1001 hp and 1250 Nm of torque. The slight increase in power occurs thanks to an enhanced cold air induction system and an optimized exhaust.

The exterior gets a minor styling facelift as Mansory adds several carbon-fiber body parts including a shorter hood, a new front apron, revised side skirts, and a new diffuser. Among the other key design features are a "V" insignia applied to the front grille, larger air outlets on the side and back, LED daytime running lights, and fully-forged turbine-design wheels.

Inside, the Linea Vincero Bugatti Veyron receives exclusive design touches such as LED lighting fitted to seats, door linings and dashboard as well as carbon-fiber trim applied to top of the instrument panel, center console, and door handles.

The new limited edition Linea Vincero Bugatti Veyron 16.4 will be available to order at Prestige Cars in Abu Dhabi for an undisclosed amount of money.