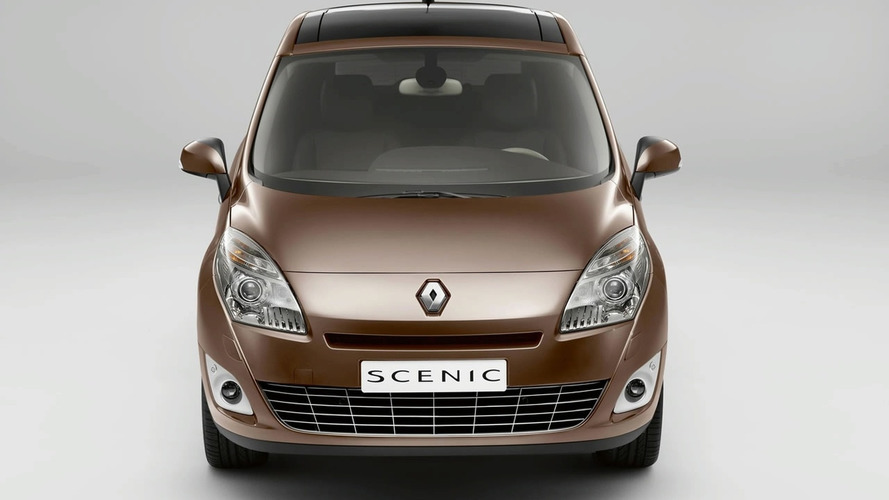 The third-generation new Renault Scenic models, premiering at Geneva, draw on the new Megane for a more dynamic exterior and on its predecessors for a light, uncluttered interior with even greater versatility.

Renault today premiere the third-generation Scenic and Grand Scenic models at the Geneva Motor Show. They are, of course, successors to the Megane Scenic, Europe's first compact MPV.

The new Scenic range focuses primarily on a versatile interior while the exterior is consistent with the Megane design language. A grille framed by chrome air intakes straight from the Megane Coupe, assertive front headlamps and sweep-around rear lights help define the look.

The cabin boasts a number of Megane-reminiscent design elements, namely the minimalist dashboard. Cabin comfort also improves with best-in-class kneeroom of 235 and 275 mm for Scenic and Grand Scenic respectively, while the driving position remains akin to that of a saloon car without detracting from the high position of an MPV.

A barrage of cubby holes increase in-cabin stowage to a class-leading 92 litres including four underfloor compartments, two drawers underneath the front seats and a chilled 11-litre glovebox. Three separate 12V power supplies provide power to the obligatory family-outing accessories. Rear luggage capacity stands at 522 litres for the Scenic III and climbs 10 per cent to 702 litres in the new Grand Scenic.

The Scenic's modular system allows for the usual 'flat-packing', the ability to fold-flat third-row seats in the Grand Scenic and remove second-row seating. Using one handle and a tip forward of either of the second-row side seats allows for simple access to the third-row.

A high-resolution TFT display and system provides vehicle details and customisable menus as well as access to the first rear parking proximity sensor and reversing camera system in an MPV. The audible system displays the proximity of obstacles using a colour code on the TFT.

Ride comfort and responsive handling is delivered by an advanced chassis inherited from the new Megane and Megane Coupe, while the petrol and diesel engine line-up has been significantly renewed. The two Scenic models will be available with a choice of three petrol and two diesel powerplants including the new 130 hp TCe (Turbo Control efficiency) petrol and 130 hp dCi first introduced on the new Megane.