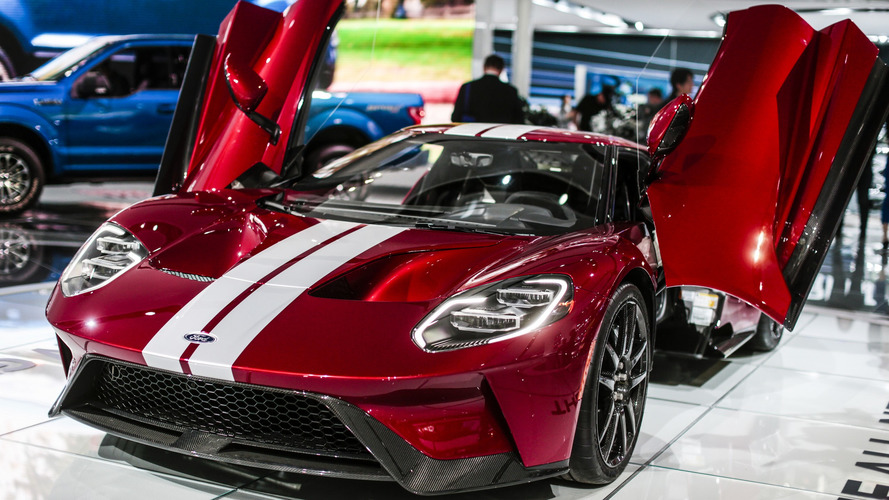 If it wasn't for a small group of rebels, the new Ford GT may have never been born.

The history of the Ford GT – from its origins as a big middle finger to Ferrari to the decades-long struggle in bringing the racing legend to the street – is something every true auto enthusiast should read about. A new chapter in that history was recently revealed at the SAE International WCX conference in Detroit, courtesy of Raj Nair, Ford’s head of global product development. As reported by Automotive News, the current GT was conceived in secrecy – without any knowledge or approval of top-level brass – in response to a cancelled Mustang program that would’ve taken Ford’s pony car to Le Mans.

In other words, the Ford GT’s latest chapter is freaking awesome.

Speaking to attendees at the conference, Nair said he was “really mad” that the original Mustang project for Le Mans was scrapped. Codenamed Project Silver, it would have developed a purebred racer based on the S550 Mustang for the GTE PRO class. The push back came in the form of cost, which would’ve been at least $250,000 for each race car. Also, executives didn’t feel Le Mans was a good fit for the Mustang’s pedigree and customer base. As amazing as such a car might’ve been, we can’t say we disagree with that line of reasoning.

Still, Nair was focused on Ford’s 50th anniversary of the GT40 upsetting Ferrari at Le Mans in 1966. So he did what any rational person would do – he rebelled.

“Differently” meant assembling a very small team to design a new GT supercar in secret. They worked in a secret room at Ford’s product development center in Dearborn. They named the endeavor Project Phoenix – rising from the ashes of the failed Mustang program. They even had super-secret code names for team members like “nighthawk” and “thunderwind.” Actually, we made that last bit up, but we really want to believe its true.

The new GT was designed from the get-go to be both a street car and racing machine, and as the project came together Nair brought top Ford executives into the fold one-by-one, no doubt using some Jedi mind tricks to convince them of the project’s viability and that they could win at Le Mans. Things moved forward, and in June 2016 the Ford GT did just that with a first and third place finish.

In the busy world of automotive reporting there’s a lot of time spent talking about numbers and statistics. It’s nice to be reminded that there are people out there in the auto business that not only have a passion for performance, but are willing to take some pretty serious risks to keep that passion alive.