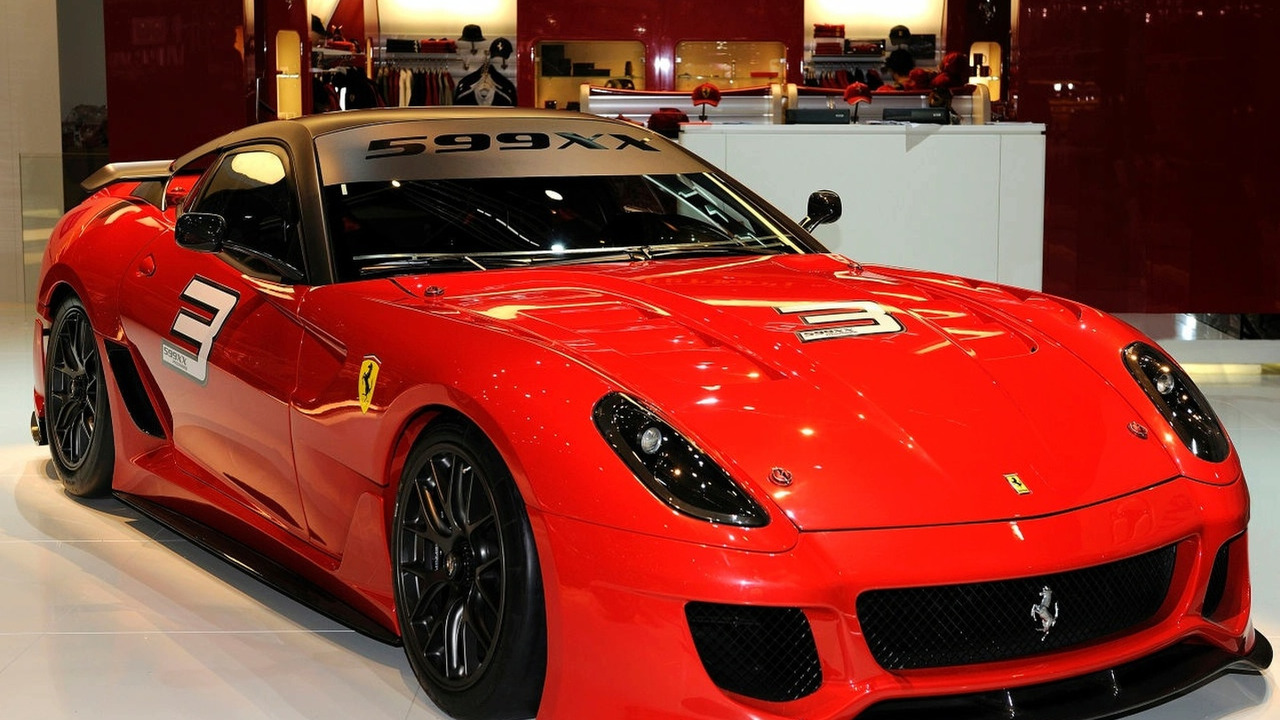 Ferrari has brought out a new concept at the Geneva Motor Show. The Ferrari 599XX is based on the 599 GTB Fiorano, but so much better.

They teased us first, but now they are showing it off: this is the Ferrari 599XX concept. The prototype is based on the 599 GTB Fiorano, and uses several new technologies to make it an ultimate performance-oriented track car.

One angle Ferrari engineers attacked was the weight of the engine unit and its components. Here, they made use of carbon-fiber intake plenums, and used new designs on parts like the crankshaft to reduce the amount of material needed. The combustion chambers and airflow systems have also been revampted to increase revs up to 9,000. All the improvements to the engine helped boost power up to 700 hp.

They also designed a new electronic system, called the "High Performance Dynamic Concept." This is meant to get the car's full potential by "managing the combination of the car's mechanical limits with the potential of its electronic controls." Essentially, this has the full mechanics working in tandem with the electrics to get the best possible lap times whenever the car is put to the track.

Aerodynamics in general were improved. The 599XX generates 280 kg of downforce at 200 km/h, and 630 kg at 300 km/h. vents that move hot air out of the engine bay was moved to the front, as the underside of the front is entirely "faired-in." They have also created an "Actiflow" system to increase downforce, and cut drag. This is done through the use of "porous material" when building the fans in the boot and the diffuser.

We could go on about the carbon-fiber, aluminum, and composite body, or the new carbon-ceramic brakes. But in the end, the fact remains:

This is a beautiful car, and it has been made even better.