Jeep Could Show A Hybrid Concept At the Shanghai Auto Show 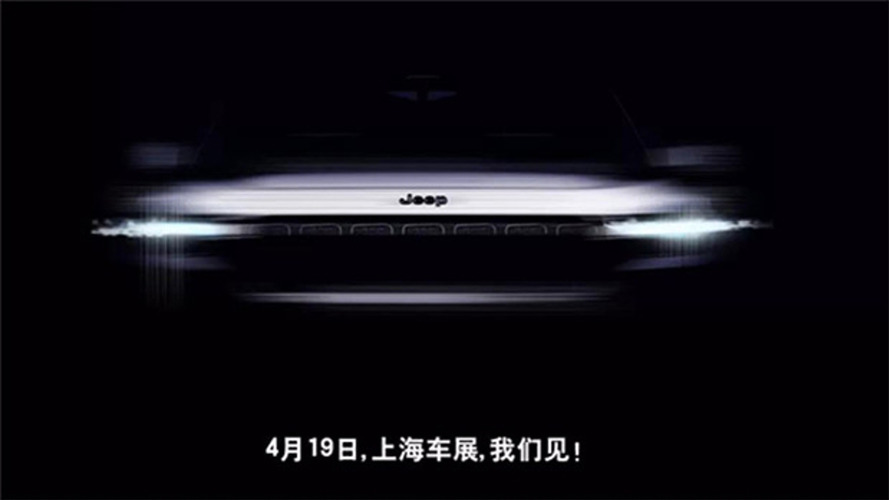 Bigger than a Renegade but smaller than a Compass – what could it be?

First images of the all-new Jeep appeared on April 1st, and with a watermark from the Autohome website, China's largest website. Since then, we have been trying to verify whether they were real, or just another April Fool's prank. With the help of our Chinese team, we were able to receive official confirmation. Now, we can finally say that Jeep will present a brand-new concept on April 19, during the press days of the Shanghai Auto Show.

The first image you see above comes with a written invitation in Chinese. It translates to something like "Shanghai Auto Show, April 19. We'll see you there." And it shows very thin, Cherokee-like headlights, and a very narrow front grille. The second teaser, which you can see below, was the one that made us more suspicious. The Chinese ad says, "This is not an April Fool's prank." It could be telling the truth, but why reinforce it? The well-retracted C-column behind the rear wheel end gives the idea that it may have three rows of seats. And the taillights, as thin as the headlights, invade the sides of the concept.

Jun Qian, who helped us with the translation from Motorsport China, has since made clear that it could not be anything related to April 1st. "Here in China we are not used to April Fool's Day, so it must be true," said our colleague from the other side of the globe.

We tried to get in touch with Frances Yu, communications director for FCA APAC, over the last few days, but the time zone has made things difficult. She reached out to us this Thursday, saying,  "Yes, Jeep will present a new concept at the Shanghai Auto Show, but it will be only for China," Yu said.

According to the staff of Indian Autos Blog, the new concept would makes sense as a "New Energy Vehicle," which, at the very least, makes it a hybrid. At most, it is a BEV, totally electric. We still can not confirm either of those rumors, but we will bring you more information as soon as Yu answers our other questions. Or when we see the car in person at the Shanghai Auto Show on April 21, 2017.