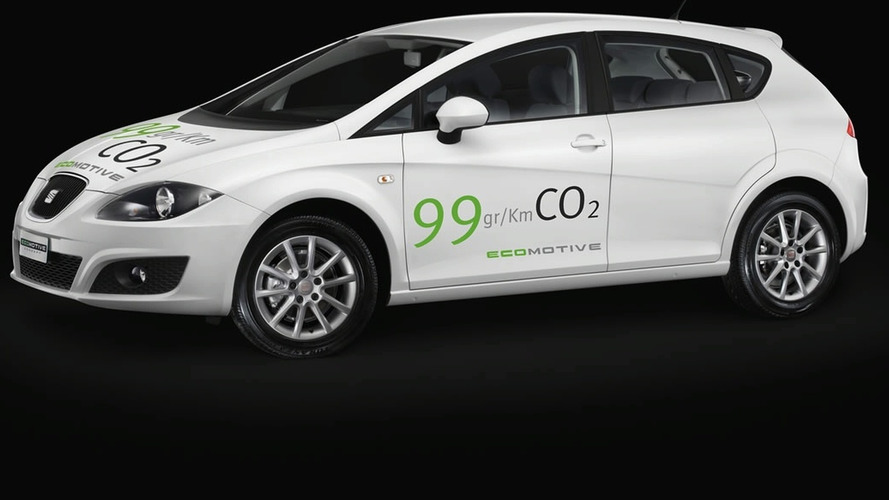 SEAT have presented their Leon Ecomotive Concept at the Geneva Motor Show, premiering a new Auto Start/Stop technology coupled with energy recuperation and a new powerplant to showcase SEAT's most efficient vehicle yet.

Following the news out of SEAT camp that an electric vehicle project is scheduled for 2014, the Leon Ecomotive Concept is a sign of the progression of efforts being taken to improve vehicle emissions and fuel consumption. The Leon Ecomotive Concept premieres in Geneva with a number of novelties over the Spanish firm's outgoing Leon, Ibiza and Alhambra Ecomotive variants.

Beginning with the new 105 hp 1.6-litre TDI engine, featuring a DPF particulate filter and common rail technology, emissions and consumption are greatly improved. Some 20 g/km of CO2 has been wiped off the charts by introducing a new Auto Start/Stop system, regenerative braking as well as the new common rail diesel powerplant.

It's the most frugal SEAT with fuel consumption of 3.8 litres for every 100 km (61.9 mpg), in part thanks again to a new five-speed gearbox and an instrument panel recommending to the driver an appropriate gear selection for driving conditions.

Economical priorities are however just one of the traits of a SEAT Ecomotive vehicle, the new Leon Ecomotive remaining true to consumer expectations of brand sportiness, innovative design and trim quality. The Leon Ecomotive Concept acts as an appropriate intermediary ahead of 2014 and SEAT's Twin Drive concept, combining the efficiency of electric power and traditional powerplants.