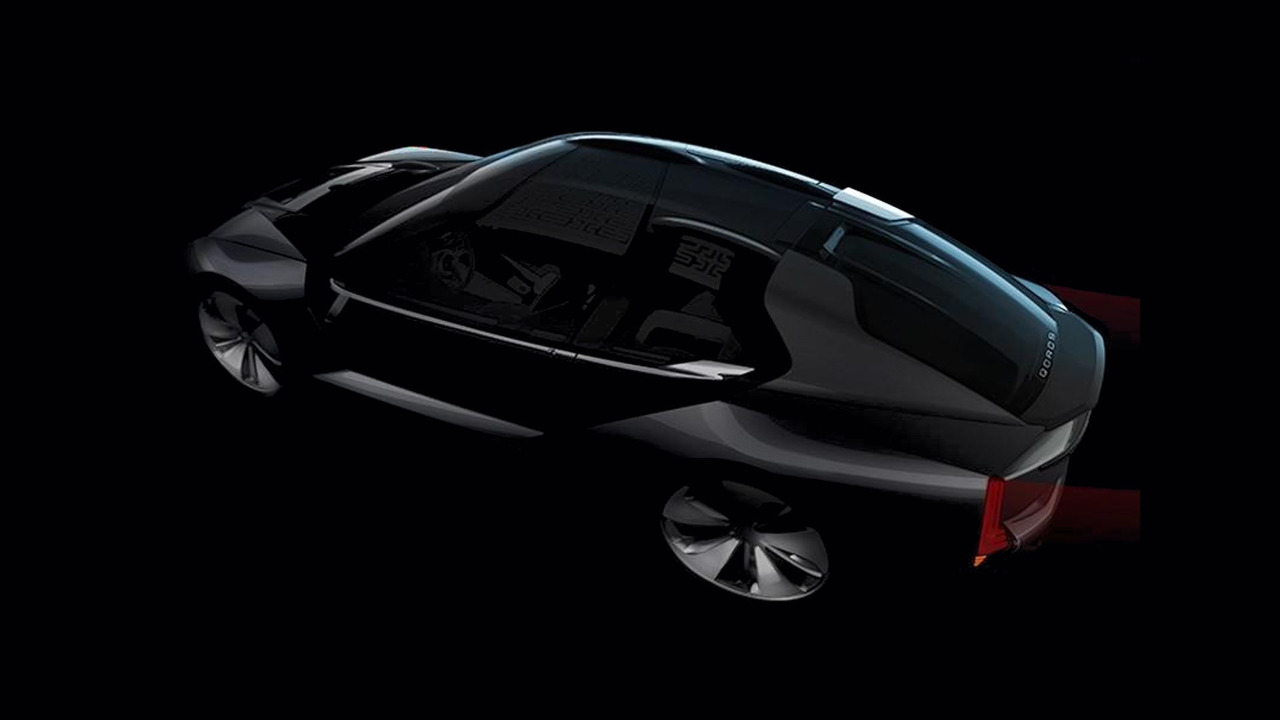 For last year’s Auto Shanghai, Qoros introduced a showcar powered by a revolutionary four-cylinder engine called “Qamfree” developed by FreeValve AB, a sister company of Koenigsegg. The vehicle’s powertrain did not have a camshaft and all of the related components as instead it was fitted with FreeValve’s Pneumatic-Hydraulic-Electric-Actuator technology.

For the forthcoming show in China, Qoros and Koenigsegg have joined forces yet again, but this time around it’s an entirely different car. While the “camless” Qoros 3-based concept was a hatchback, the new 9 QlectriQ takes the shape of an entirely electric performance model with a futuristic fastback design. We’re mostly intrigued by the door opening mechanism and also by what appears to be a heavy use of carbon fiber

Reports coming from China are indicating the new concept will run to 62 mph (100 kph) in as little as three seconds and will have enough battery juice for up to 310 miles (500 kilometers). It’s going to be badged as a Qoros, a new Chinese-Israeli automaker based in Shanghai. The company made the headlines last November at the Guangzhou Motor Show with a working concept of the camless engine. Installed in a Qoros 3 hatchback, the turbocharged 1.6-liter developed an impressive 230 horsepower (172 kilowatts) and 236 pound-feet (320 Newton-meters) of torque.

We will know what’s what in the coming days as the Auto Shanghai 2017 will open its doors to the press on the 19th, although the 9 QlectriQ could go official several days before its first public appearance. Judging by what we are able to see so far in these dark teaser images, it seems improbable the concept will ever morph into a production car.

Aside from teaming up with Qoros once again, Swedish supercar marque Koenigsegg is also collaborating with Spyker. The limited-run C8 Preliator Spyder introduced last month in Geneva will use a naturally aspirated 5.0-liter V8 engineered by Koenigsegg to develop a meaty 600 hp (447 kW) and 600 Nm (443 lb-ft) of torque.